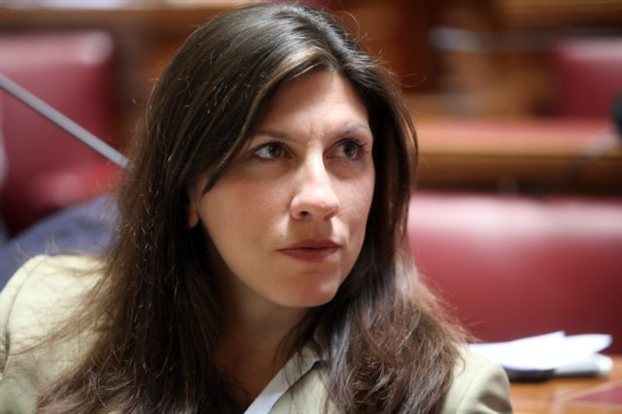 With words like “democracy,” “justice,” “clarity,” “rights” and phrases like “debt erasure” and “claim of German debts,” the former Parliament President, Zoe Konstantopoulou, launches her new party/movement, which will “rise through society and people who do not bow their heads.”
“We are acting with open, and immediate democratic procedures, having the web as our instrumental tool of communication. We count on our own powers and society,” she says in the announcement/call of her party “Course of Freedom.”
The party will be presented on April 19, which will be an open event, featuring a speech by Zoe Konstantopoulou.
“We are beggining our collective struggle for the liberation of the people and our country from the shackles of the memorandum. We are setting full sail towards a future of freedom, democracy and justice. With clarity and respect to human rights and fundamental freedoms. For the erasure of the debt. For the claim of German debts in every assertion of the country. For the vindication of our people and its struggles and the redemption of democratic nomination. We are creating a party that wants to constitute a basic cell of a movement and a front where we will meet with social and political powers, that will be connected through common values and goals […]” the announcement reads.