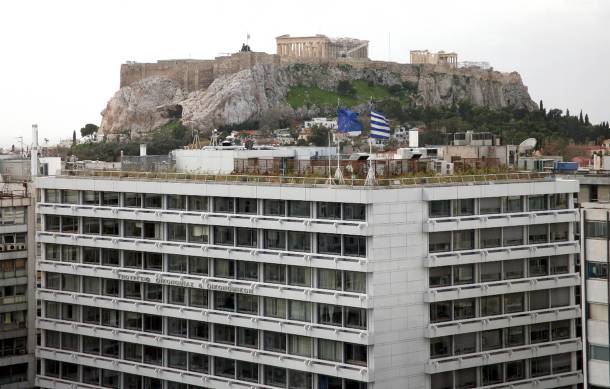 Negotiations between Greece and its lenders continued on Saturday with the latter suggesting deep supplementary pension cuts and higher income tax on low and high incomes.
The mission chiefs of the European Commission, European Central Bank, European Stability Mechanism and International Monetary Fund returned to Athens after a quick trip to Brussels on Friday where they discussed the progress of negotiations with the Euro Working Group.
The creditors’ representatives will meet with Finance Minister Euclid Tsakalotos, Economy Minister Giorgos Stathakis, Alternate Finance Minister Giorgos Chouliarakis, Labour Minister Giorgos Katrougalos and the representatives of the institutions.
The Greek side proposes proportional tax hikes for low and high incomes, while those in the 28,000-40,000 income bracket seem to benefit the most by the proposal. However, this might change since creditors ask for a lower threshold for tax-exempt incomes. Greece proposes that those who make less than 9,550 euros per year to be exempted from income tax, while lenders ask the threshold to be at 7,500 euros.
The Greek officials will insist on the higher tax exemption threshold since they believe that the proposed tax measures will bring the 1.8 billion euros (or 1 percent of GDP) lenders require.
Regarding freelancers and small businesses, those earning more than 35,000 euros annually will see their income tax go up significantly.
In addition, creditors insist on deep cuts to supplementary pensions, even up to 40 percent, according to sources familiar with the talks. Creditors have found a 700-million-euro fiscal gap that can only close with supplementary pension cuts.
European officials said that the two negotiating teams have not started discussing bad loans yet, implying that the agreement might delay.