Deputy Athletics Min: If People Being Prosecuted Resign, Maybe then We'll Talk About the Greek Cup 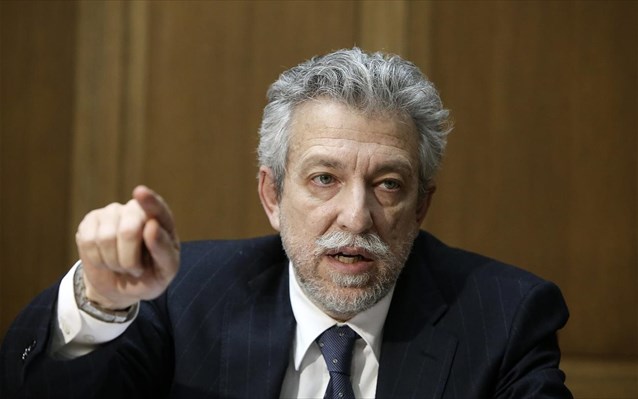 Deputy Athletics Minister, Stavros Kontonis said that for the Greek Cup to commence again, all the people who are being prosecuted must resign.
“We are waiting for EPO, who has the case in its hands, to work towards the benefit of Greek football,” Kontonis said.
“As time goes by and EPO does not take the measures that work towards reclamation and transparency, chances for “Grexit” are multiplying. The government has made its mark but the participation of Greek teams in Europe cannot be an inhibitory factor for the purification. If we have to reach that point, we shall do so,” claimed the Deputy Minister at Sport FM 94.6.
According to Kontonis, the government is not going to back down. “We have spoken with clarity and have set the limits when we spoke with FIFA and EPO. It is up to EPO to make brave decisions if they are interested in the benefit of the Greek Cup. Maybe some people are interested in things that concern their personal situation.”
In order to begin the discussions for the recommencement of the Geek Cup, Kontonis said that “The people who are being prosecuted and love football must set themselves aside for some time. I don’t find it ethical for one person to bear all the burden. I repeat that if all 15 people resign, then we will discuss the recommencement of the Greek Cup.”