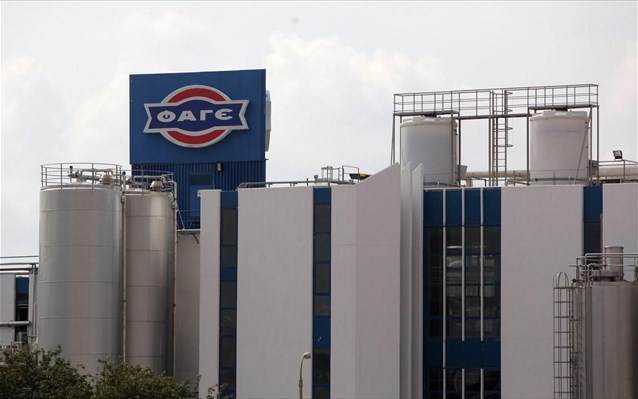 Greece’s FAGE dairy producer is to close down its milk production unit in northern Greece and concentrate on yogurt exports and cheese production.
FAGE is a leading dairy producer and its yogurt has become popular in the U.S. The dairy producer has established a production unit in Johnstown Industrial Park in New York.
The company has confirmed that it will continue to focus its efforts on yogurt exports, which account for 82.4 percent of total turnover. It will also continue to produce cheese at its plant in Thessaly, central Greece.
The company has decided to stop producing long-life and chocolate milk. Its 37-million-euro milk production unit in Amyntaio, Florina, started production in 2005. One year later it stopped producing fresh milk and concentrated on long-life and chocolate milk, which in 2015 accounted for just 7 percent and 4.3 percent respectively of the total domestic market.
FAGE found that producing milk was unprofitable. Yogurt, on the other hand, remains very profitable. According to company figures, 2015 ended with sales of around 580 million euros, down 2.9 percent compared to 2014, and net profits of around 13 million euros.
Sales by volume rose 3.2 percent in 2015 compared to the previous year, with the biggest increase coming from Italy (40.1 percent) and the United Kingdom (32 percent). In Greece, FAGE saw its sales decline by 11.1 percent in 2015 compared to the previous year.