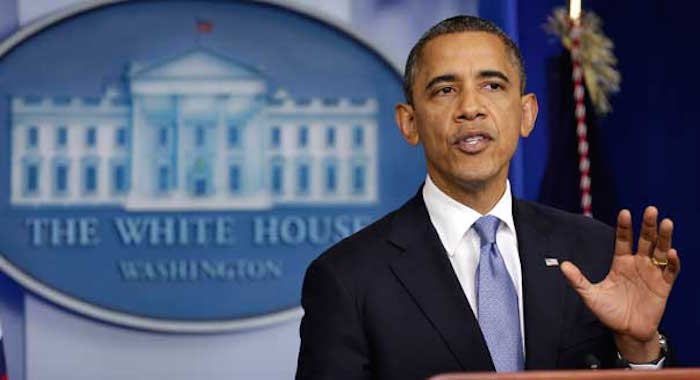 On March 25th 2016, the 195th anniversary of Greek Independence, the White House issued a proclamation signed by President Obama highlighting the importance of Greek -American friendship and the common values the two nations share. Here’s the full text:

OF GREEK AND AMERICAN DEMOCRACY, 2016

BY THE PRESIDENT OF THE UNITED STATES OF AMERICA

Inspired by ancient Greece’s example, America’s Founding Fathers drew on Hellenic principles to guide our democracy in its nascence. Nearly half a century after the Stars and Stripes first flew over our country, a flag was raised on a mountaintop in Greece, and a revolution spawned that would bring democracy back to its birthplace and lay the cornerstone of the close relationship enjoyed by our two nations. On the 195th anniversary of Greece’s independence, we celebrate the friendship between our countries and honor the contributions that Greek Americans have made to our national character.

Our common histories are reflected in our shared values. Throughout our storied pasts, our peoples have upheld the fundamental ideals we cherish by working together to safeguard the foundation of democracy upon which both our nations are built. Greeks and Americans have long stood shoulder-to-shoulder in defense of freedom, and today, the Greek American community carries forward the legacy of past Greeks who enlightened our world by continuing to enrich our society in unique ways. Driving generations, the hope that incited both our revolutions still burns in the hearts of Greek Americans and in all those across our country who seek even greater opportunity for our children and grandchildren.

The Greek people have faced extraordinary challenges in recent years, yet they remain steadfast in their resilience and perseverance. In response to an ongoing refugee and migration crisis, Greece is providing humanitarian assistance to countless men, women, and children seeking freedom from persecution and violence. As Americans, we stand with Greece as partners, friends, and NATO allies, and the Greek American community serves as an important bridge that helps bring us together. At our core, we share deep ties of culture and family, and respect for the fundamental rights of democratic States. Through good times and bad, we share a common commitment to security and liberty for people around the world. On this day, let us reflect on nearly two centuries of strong bonds between our nations, and let us recommit to working together to strengthen our respective democracies.

NOW, THEREFORE, I, BARACK OBAMA, President of the United States of America, by virtue of the authority vested in me by the Constitution and the laws of the United States, do hereby proclaim March 25, 2016, as Greek Independence Day: A National Day of Celebration of Greek and American Democracy. I call upon the people of the United States to observe this day with appropriate ceremonies and activities.

IN WITNESS WHEREOF, I have hereunto set my hand this twenty-fourth day of March, in the year of our Lord two thousand sixteen, and of the Independence of the United States of America the two hundred and fortieth.