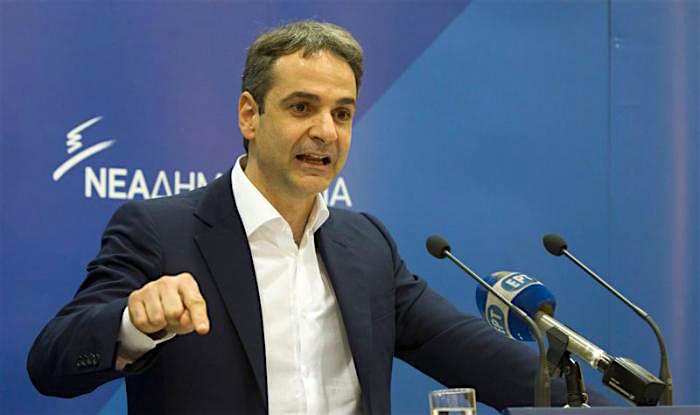 Main opposition leader Kyriakos Mitsotakis said that Greece would be better off if the current coalition government leaves power sooner rather than later, according to an interview that will be published in the Sunday edition of Eleftheros Typos.
“Every day that goes by, I consolidate my belief that the sooner this government leaves, the better for the country,” he was quoted as telling the paper.
Commenting on the ongoing refugee crisis, the leader of New Democracy said his party chose to do everything in its power to form a national strategy on the issue, as “it is truly a critical issue of national dimensions”, noting that this is the reason ND insisted on holding the political leaders’ meeting, March 4, before the EU-Turkey summit meeting.
“New Democracy is making every effort to reduce the damage, to promote and support Greece’s just demands,” he said and slammed Greek Prime Minister Alexis Tsipras for his handling of the crisis, saying Tsipras’ “fake humanism has drowned in the mud of Idomeni.”
“We don’t need such humanism. It has nothing to do with dignity and the sincere solidarity of the Greek people.”
Turning his attention on justice, Mitsotakis said the coalition government has developed “a very dangerous cancer that spreads aggressively in the functions of the State, the independent institutions and justice. We will not allow them this digression.”
He also reiterated his decision that when ND is elected into power, it will set up a Committee of Inquiry that would investigate the activities of SYRIZA-ANEL coalition for the period January-September 2015. “We owe it to a people who were deceived and are paying a heavy price for Tsipras’ incompetence and unreliability”.
(source: ana-mpa)