GRNews
GreekReporter.comGreeceWhat Does Plan B Entail for Refugees and Migrants?

What Does Plan B Entail for Refugees and Migrants? 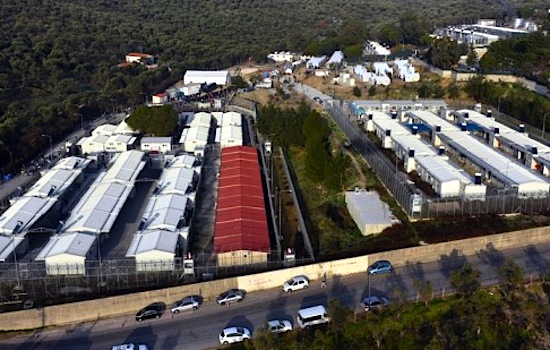 The government is going to apply a plan-b in order to manage the refugee and migrant issue, which entails decisions for the temporary accommodation of 100,000 refugees, even in camping, stadiums and abandoned factories. Meanwhile, the European Commission is expected to give the green light in order to grant funding of 500 million euros to the Balkans, which will be distributed through NGOs.
Within one month, the government must find permanent accommodation spaces for refugees and migrants. The plan ordered by Alternate Migration Minister, Yannis Mouzalas has two basic pillars: the creation of accommodation spaces for 50,000 people and the accommodation of 50,000 more people in hotels and spaces close to big cities. In order to put the plan in action, the government is searching for new temporary accommodation spaces for the refugees and migrants.
In a meeting on Monday in the Ministry of Interior and Administrative Reconstruction, representatives of the local authorities discussed and agreed to find new spaces, like camping, stadiums, old factories, exhibition spaces and others, along Athens and Idomeni, and in a 15km distance on both sides of the National highway.
According to information provided to the Press the following space have been suggested for exploitation:
– the abandoned platform in Skaramaga
– the old building of Sarakakis
– the camping site in Voula
– the former Eastern Airport
– the military camp in Lagadas, Thessaloniki
– the police academy in Karditsa