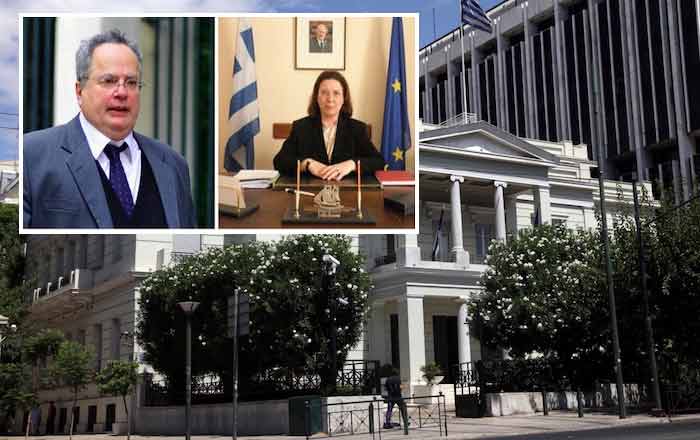 Greece’s Ambassador to Vienna, Chrysoula Aleiferi, has been recalled to Athens by Foreign Minister Nikos Kotzias.
Aleiferi is being called back to Athens, two days after the approach that the Foreign Ministry made, due to the meeting that took place in Vienna between the Austrian Ministers of Foreign and Internal Affairs with the rest of the ministers of the Western Balkans, in absence of Greece.
According to the announcement by the Foreign Ministry, this move aims to “secure the friendly relations between the nations and people of Greece and Austria.” In addition, the announcement notes that “the responsibilities in order to deal with the refugee and migrant flows, cannot be bore by only one country.”
“The unilateral initiatives for dealing with the refugee issue and the infringements of the International Law and the European due by country-members of the EU, are tactics that can undermine the foundations and the process of the European unification,” adds the Foreign Ministry.
In addition, Alternate Migration Minister, Yannis Mouzalas sent out a message earlier that “Greece will not accept unilateral action towards the refugee and migrant issue.”