GRNews
GreekReporter.comGreeceGreece Continues to Have a Serious Tax Evasion Problem

Greece Continues to Have a Serious Tax Evasion Problem 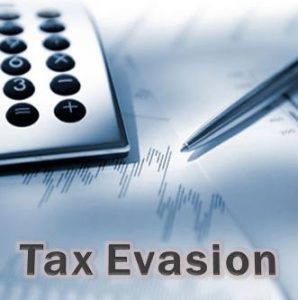 Greek government authorities assigned with the responsibility to combat black money have identified over 3,500 cases of tax evasion which amount to over 5 billion euros.
The local tax authorities have been informed of these cases since 2014, but it appears that not much action has been taken, the result being that the public coffers continue to experience cash shortages due to tax evasion.
According to a report submitted to the Greek Parliament, the Authorities charged with the responsibility to combat black money investigated over 5,500 cases of tax evasion in 2015 and completed checks in 4,608 of them, with over 400 cases being sent to the attention of the public prosecutor’s office while there were 400 cases where the government garnished bank accounts for a total of 255 million euros.
The report submitted to the Greek Parliament underscores the continuing problem of tax evasion in Greece, but also highlights the success government authorities are having in combating black money, with one of the main generators being not tax evasion as such but drug trafficking.