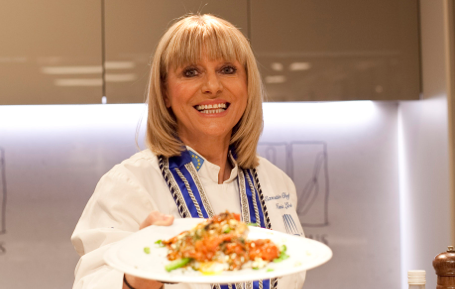 Maria runs a very well-reviewed restaurant, Loi Estiatorio, on the West side of New York, and has written about healthy Greek cooking and cuisine throughout her career, most notably in her published cookbook “The Greek Diet”.

The USA has been on a Greek yogurt craze for the last several years, with brands like Total, Chobani, and Oikos, in addition to several others, flooding supermarket shelves across the country.

This is just the latest TV appearance for celebrated chef Maria Loi, as she has previously appeared on shows like “Good Day New York”. We wish her the best of luck moving forward with her cooking and career!