TechNews
GreekReporter.com Greece What to Do When Visiting the Greek City of Thessaloniki

What to Do When Visiting the Greek City of Thessaloniki 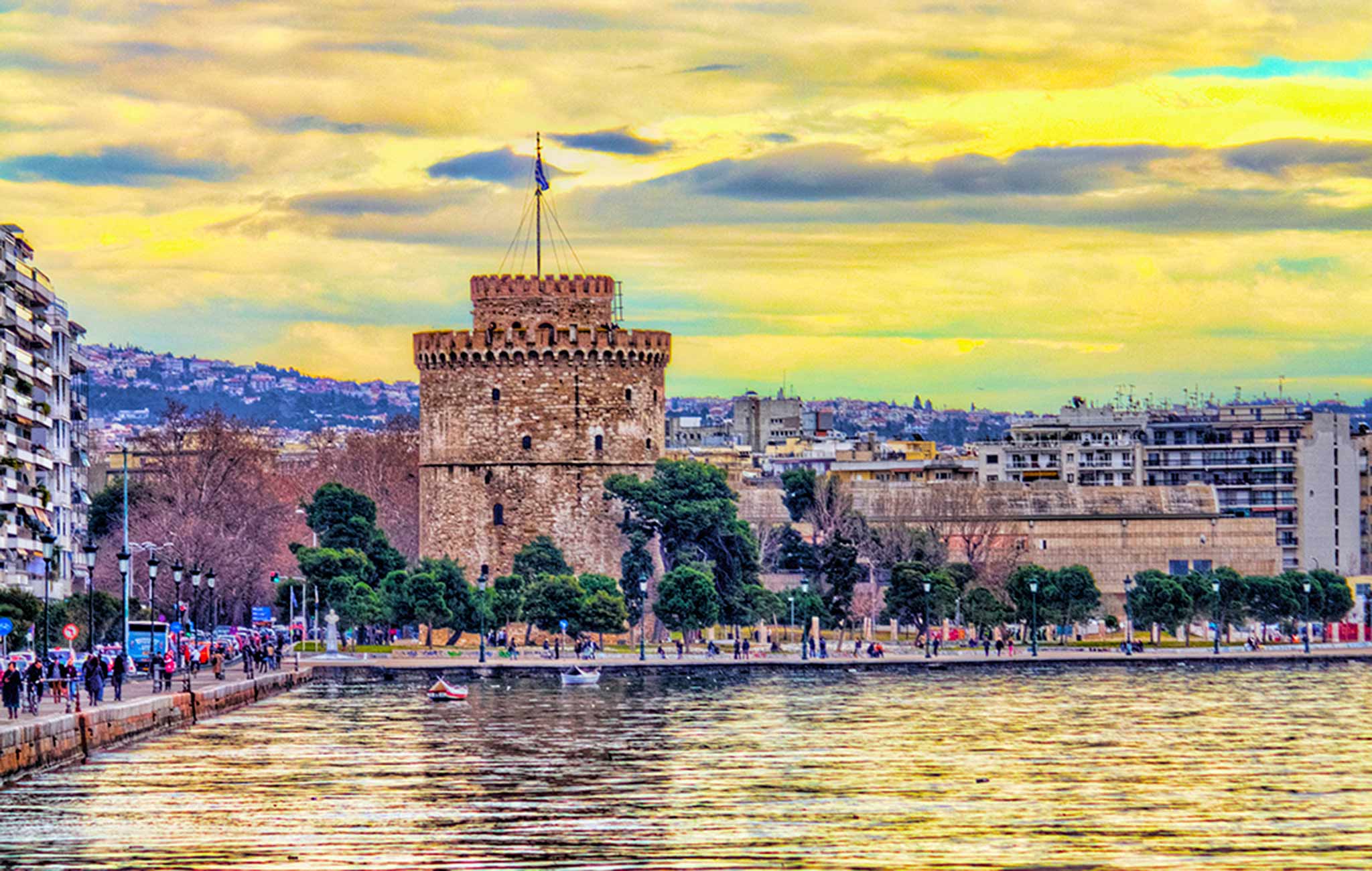 Thessaloniki, the second largest Greek city, is located in northern Greece, in the administrative region of Central Macedonia and is commonly known among Greeks as the country’s co-capital. It is Greece’s second major economic, industrial, commercial and political center, known across the world for its festivals, events and vibrant cultural life.
The city offers various types of entertainment for all tourists and visitors, whether they prefer to visit archaeological sites and museums, or to have fun and live as locals for a few days.
One of the most famous monuments is Thessaloniki’s ancient forum, dated to the late 2nd or the early 3rd century AD. Also, the Triumphal Arch of Galerius (Kamara), built in AD 305 and the Rotunda, an early 4th century building which later was converted into a Christian church. 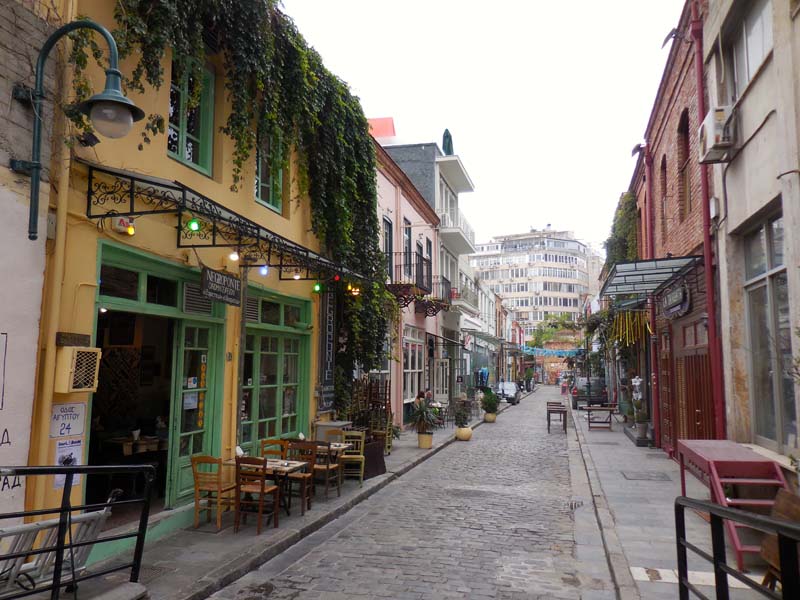 Although Thessaloniki is not renowned for its parks, it has several large open spaces around its waterfront, namely the central city gardens of the Old Zoo, the park of Pedio tou Areos, which also holds the city’s annual floral expo and the parks of the Nea Paralia that span for 3km along the coast, from the White Tower to the concert hall. 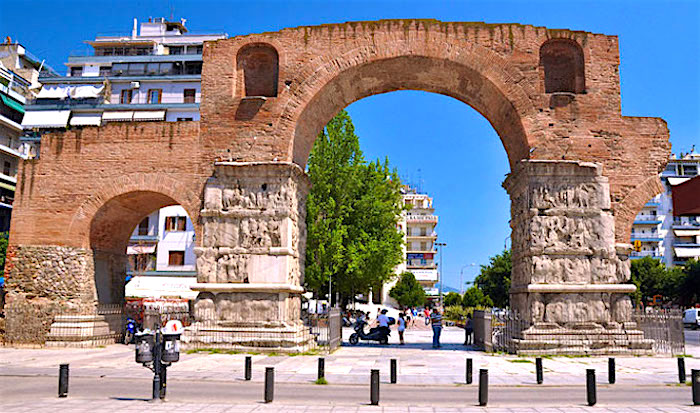 As for visitors who are passionate about museums, the city offers a variety of exhibitions. The Archaeological Museum of Thessaloniki, established in 1962, houses some of the most important ancient Macedonian artifacts, including an extensive collection of golden artwork from the royal palaces of Aigai and Pella. It also houses exhibits from Macedon’s prehistoric past, dating from the Neolithic to the Bronze age. 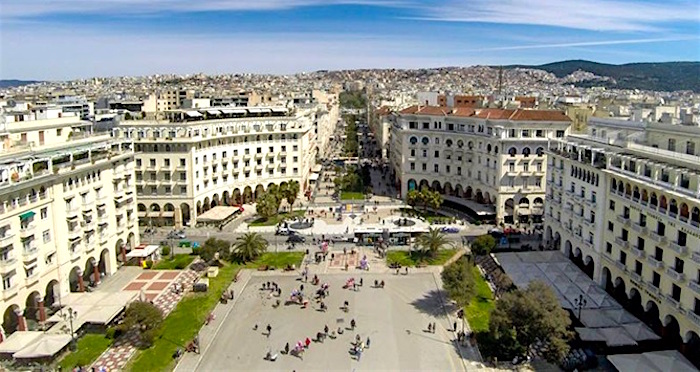 Furthermore, the Thessaloniki Science Center and Technology Museum and is one of the most high-tech museums in Greece and southeastern Europe. It features the largest planetarium in Greece, a cosmo-theater with the largest flat screen in Greece, an amphitheater, a motion simulator with 3D projection and 6-axis movement and exhibition spaces.
Other industrial and technological museums in the city include the Railway Museum of Thessaloniki, which houses an original Orient Express train, the War Museum of Thessaloniki and others.
Finally, tourists who wish to have a great time filled with delicious Greek food and traditional music should visit the district of Ladadika. It is located near the Port of Thessaloniki and for centuries it was one of the most important market places of the city. Its name came about from the many olive oil shops that used to operate in the area. Nowadays, having undergone gentrification in the 1980s, Ladadika forms the entertainment district of the city, hosting bars, nightclubs, restaurants and tavernas – housed in the old oil stores and merchant warehouses. 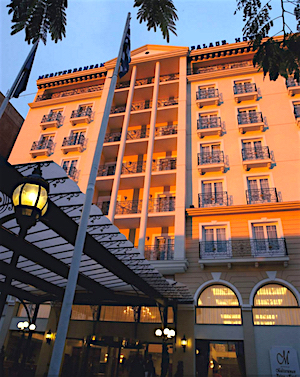 Where to stay
The Mediterranean Palace Hotel is a five-star hotel, located near the Ladadika district, with a magnificent view of the Thermaikos Bay. The Mediterranean Palace displays the most beautiful characteristics of Thessaloniki; the live cosmopolitan atmosphere, the refined sense of peacefulness and the traditional warm hospitality. The style and the luxury, in combination with its strategic position in the heart of the commercial and business center of the city, make the Mediterranean Palace an ideal destination.
It is also located just a 9-minute walk from the waterfront in Aristotelous Square and 2 km from the Archaeological Museum of Thessaloniki.

Wise Women: Six Ancient Female Philosophers You Should Know About