A Walk Around Athens' Lesser-Known Museums 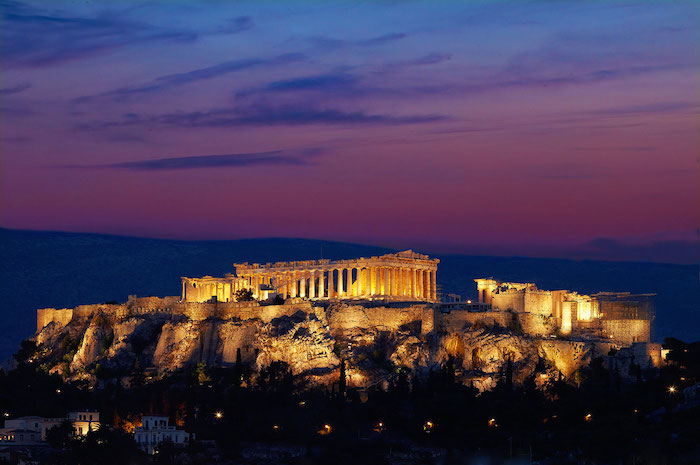 Athens is a city of great cultural significance, with a recorded history of at least 3,400 years. The cultural heritage of the city’s classical era is still evident, represented by numerous ancient monuments and works of art, the most famous of all being the Parthenon, considered a key landmark of early Western civilization. Furthermore, the Greek capital also hosts several Roman and Byzantine monuments, as well as a smaller number of Ottoman monuments.
The city is home to a large number of museums, some well-known worldwide such as the Acropolis Museum and other lesser-known but equally fascinating establishments. Greek reporter has assembled a list of the city’s often overlooked museums that could offer every tourist an insight into Athens’ cultural significance.
1. The Jewish Museum of Greece
The Museum was founded in 1977 to collect, preserve, research and exhibit the material evidence of 2,300 years of Jewish life in Greece. The collection contains more than ten thousand artifacts pertaining to the domestic and religious life, as well as the history of the Greek Jews. The museum is located in central Athens (Nikis 39, Athens 105 57).
2. The Museum of Greek Children’s Art
The Museum of Greek Children’s Art is a pioneering Museum, one of the very few worldwide that exhibits exclusively drawings and three dimensional artworks created by children 5 to 14 years old.
3. Museum of Greek Folk Art
The Museum of Greek Folk Art was founded in 1918 by poet Georgios Drosinis, archaeologist G. Kourouniotis and a group of Athenian intellectuals under the name “Museum of Greek Handicrafts.” It was given its present name in 1959. Since 1981 the Museum of Greek Folk Art provides a great variety of educational activities and opportunities for the appreciation, enjoyment and awareness of Greece’s cultural heritage.
4. Ilias Lalaounis Jewelry Museum
The Ilias Lalaounis Jewelry Museum is a unique museum devoted to the art of jewelry and the decorative arts. The museum was founded in 1993 and opened to the public, as a non-profit organization. Today the Museum’s permanent collection includes over 4000 pieces of jewelry and micro sculptures from over 50 collections designed by the museum’s founder, Ilias Lalaounis, between 1940 and 2000.
5. Athens University History Museum
The Athens University History Museum is located in one of the oldest residential buildings still standing in Athens today. It dates before the 18th century and it is situated beneath the imposing heights of the Acropolis. The principal aims of the Museum are the collection, preservation, study, conservation and presentation of the University’s heirlooms.
6. Museum of Greek Folk Musical Instruments
The Museum of Greek Folk Musical Instruments was inaugurated on June 6, 1991 and is a public entity supervised by the Ministry of Culture. It consist of a collection of 1200 Greek folk musical instruments from the 18th century to the present day, the fruit of a 40-year research and study conducted by musicologist Foivos Anogianakis.
7. Museum of Greek Gastronomy
The Museum of Greek Gastronomy is housed in a neoclassical 19th century building in the historic center of Athens. The idea of creating the Museum started in 2013 and belongs to a group of young people, who come from different knowledge fields. It is an establishment that promotes the Greek History and Culture, focusing on the gastronomy and its historical and cultural value.
8. Exile Museum
The Museum is dedicated to the exile experience which is preserved through artifacts, documents, art work, photographs, newspapers, magazines and original oral history records. A considerable collection of paintings, stone reliefs, engravings, sketches and prints and other valuable objects have come under its shelter. In recent years, the museum collections have been enriched by documents referring to the prison and concentration camp experience in Greece as well as that of political refugees.
9. Museum Herakleidon
Museum Herakleidon has been bringing art, education, and culture to the general public since 2004. It aspires to help prepare young people, both intellectually and emotionally, to face the growing demands of our world, both today and tomorrow. The inspiration for this endeavor comes from the founders Paul and Anna-Belinda Firos.
10. Centre for the Study of Modern Pottery
The Centre for the Study of Modern Pottery was founded in 1987 by Betty Psaropoulou with the aim at housing articles and information collected by herself in the course of her extensive research and wide traveling all over Greece. Since 1987 the center has become an institution functioning as a museum, research and educational center intending to preserve showcase modern Greek pottery, from the early 19th century until now.