GRNews
GreekReporter.comGreeceGreece Is Making Progress in Management of Refugee Crisis

Greece Is Making Progress in Management of Refugee Crisis 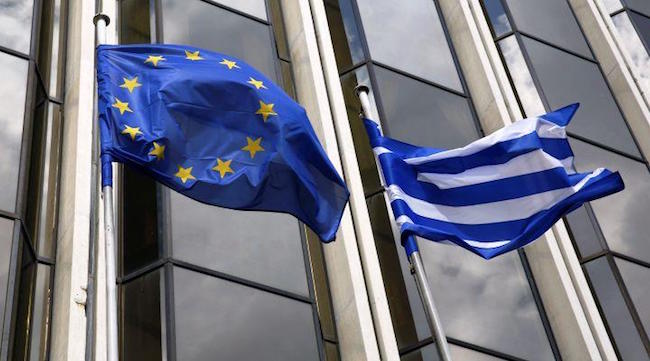 A European Commission report focusing on the progress made by Greece in the handling of the refugee crisis says that some progress has been made by the Greek authorities, but more remains to be done.
First, the report notes that 880,000 people have arrived in Greece since the beginning of 2015, and recognizes that “the scale is immense” for the Greek authorities, especially given the current financial condition of the country.
But it goes on to say that a Commission team has been on the ground for months, working  closely with the Greek authorities, offering valuable emergency funding (42 million euros) and know-how for the effective management of migratory flows.
Naturally, the report addresses specifically work in hotspots in Lesvos, Leros, Chios and Samos, which are currently in progress, while work on the hotspot in Kos has just started.
According to the report, work in hotspots should have stared long ago, but the fingerprinting rate, for example, has “risen from 8% in September 2015 to 78% in January 2016.”
The European Commission report on progress made by Greece in the management of the refugee crisis notes that  “security checks [are] being made using the Schengen Information System (SIS), Interpol and Europol databases,” but that “police presence still to be increased in hotspots.”
According to the report, Greece has also made improvements in border management which, among other actions, includes the operation of a “Rapid Border Intervention Team” in the Aegean islands “with 503 experts deployed (302 from Member States, and 201 from Greece).”
As the wave of refugees trying to reach Europe in the years ahead is expected to grow in size, rather than shrink, “the Commission has made available €509.4 million for migration and border management from 2014-20 to facilitate reception, returns, and relocation in Greece.”