Early Elections on Horizon for Greece? 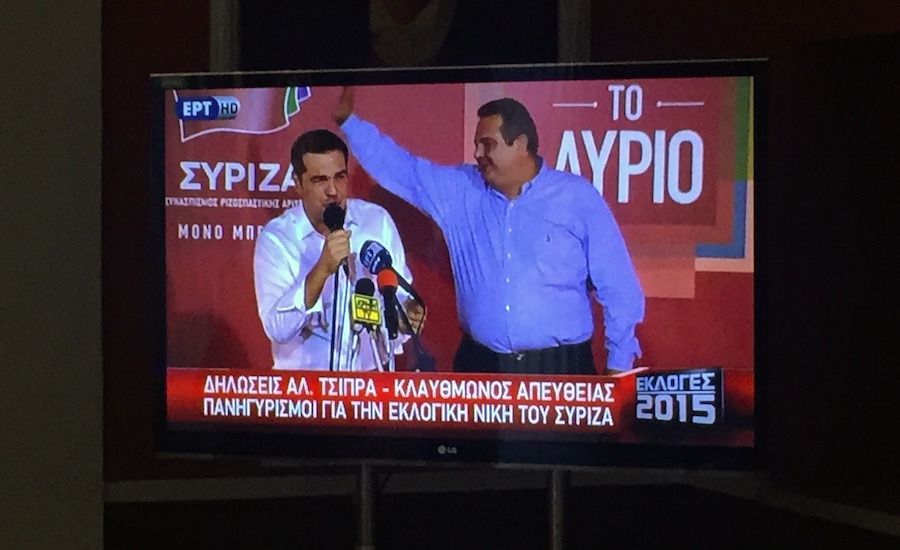 With Greece in the grip of mass protests against the government’s plans for an overhaul of the country’s pension system and additional austerity measures, the prospect of early elections looms on the horizon.
Greece’s controversial Minister of Defense Panos Kammenos and leader of the right-wing Independent Greeks party has said as much in an interview he gave the other day to a local media news agency.
Kammenos said that if Greece’s official creditors insist on making irrational demands, the Greek people will have again the last word on the matter.
However, this is not a view shared by Greek government officials that belong to the Syriza party.
Government Vice President Yannis Dragasakis rejected the call for early elections in an interview he gave to an Athens radio station, saying that the government has a clear mandate to carry out reforms.
Syriza’s official organ, the daily Avgi, also denounced calls for early elections, saying that this is the preferred option of the corrupt political establishment.
In the meantime, New Democracy’s Vice President Adonis Georgiadis extended an invitation to members of To Potami party to join the ranks of New Democracy, hinting that they have no political future on their own.
Perhaps early elections do loom on the horizon after all.