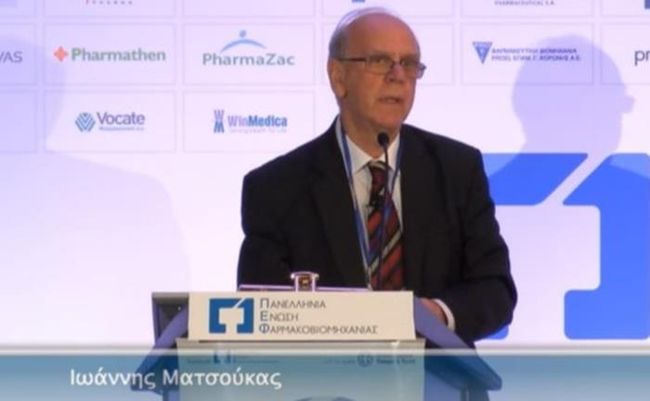 Multiple sclerosis, also known as MS, is a demyelinating disease in which the insulating covers of nerve cells in the brain and spinal cord are damaged. This disrupts the communication in certain parts of the nervous system, resulting in a wide range of signs and symptoms, including physical, mental, and sometimes psychiatric problems.

Greek scientist Yiannis Matsoukas, professor of chemistry at the University of Patras and his team: Maria Katsara, George Deraos and acclaimed Greek Australian researcher Vasso Apostolopoulos have obtained the world’s first patent for a new MS treatment that could help thousands of people across the world.

Matsoukas and Anastassopoulos have been working on this treatment for more than a decade, using methods that Anastassopoulos had previously used to develop a cancer vaccine. Their treatment may not be able to cure the disease, however, it can stop it from progressing.

The researchers have also collaborated with VIANEX SA, largest Greek pharmaceutical company, owned by the Giannakopoulos.

The impact of new medical method is difficult to assess at this moment. The clinical trials will take place in Australia under the supervision of Vasso Anastassopoulos. According to the researchers the therapeutic vaccine could be available in the market in a few months.