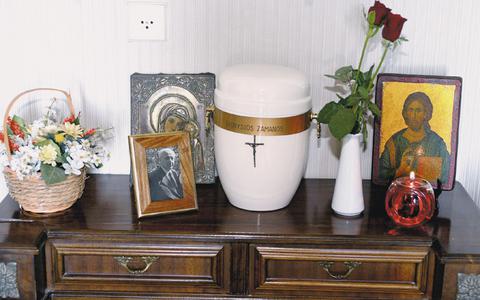 The Greek Orthodox Church believes that the body, as the “temple of the spirit,” must be buried whole to make resurrection possible. This is why Greek religious authorities, in spite of the severe problem of space, condemn any plans of cremation as it is considered a pagan custom.
Yet, a new law permits cremation, something that makes religious authorities in Greece furious. So furious that not only do they preach against cremation and pass resolutions against it at the highest Council, which includes refusal to provide religious rites to those who choose cremation, but frequently enough make actual threats against municipal officials who argue in defense of cremation.
Viewing cremation as a sin is an integral component of the religious doctrines adopted by the Christian Orthodox Church. In recent times, the Serbian Orthodox Church has also waged a fiery battle against cremation. Suffice to say that the Greek Orthodox Archdiocese of America also opposes cremation.
As modernity advances in Greece, one hopes that cremation may eventually become as common as civil marriages. In the meantime, the battle between religion and secularism in Greece will only intensify.