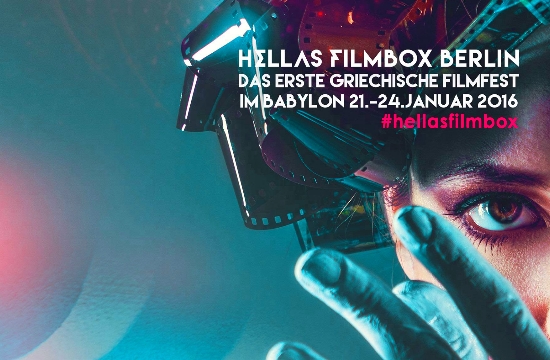 “Little England” will be the opening film at Hellas Filmbox Berlin, the first Greek film festival to take place in Berlin, Germany. The festival will welcome its cinephile audience at Babylon cinema from January 21 to 24, 2016, promising an unforgettable cinematic journey.

Seventy-one new Greek films will be presented at the festival, in an attempt to familiarize the German public with Greece’s modern and remarkable cinematic scene. Hellas Filmbox Berlin aims to highlight aspects of the current Greek reality, the ways people operate within it, as well as its contradictory and unexplored characteristics, through the art of cinema.

The festival organization bears the signature of important people in the film world, such as German producer Hans W. Geißendörfer, award-winning director and screenwriter Andreas Voigt, casting director Suse Marquardt, one of the most famous German professionals and political activists Holger Ehlers, artistic director of “Apassionata,” the most popular entertainment family show in Europe.

Hellas Filmbox Berlin aspires to become an institution and create a communication platform for the Greek cinematographic achievements.

A significant part of the Festival is the Greek Filmakers in Berlin, which includes works of filmmakers who live and work in Berlin, and the program Director’s Choice, a special collection by festival director Asteris Koutoulas. The closing film will be Athena Rachel Tsaggaris’ “Chevalier.”

Marketing Greece, which always supports initiatives that promote Greece and its culture, will also be supporting Hellas Filmbox Berlin and contributing to the festival’s promotion.