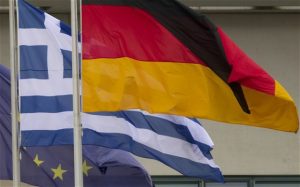 With the ongoing developments of the Greek crisis in the past five years, Greek-German relations are not exactly the strongest at the moment.

Amid the political tension between the two countries, the German-Greek Cultural Association, founded in Berlin in 2015 in order to improve these fragile ties through culture, will host the HELLAS FILMBOX BERLIN film festival between January 21 and January 24, 2016, at the Babylon cinema theater in eastern Berlin.

The festival will screen films of the New Greek Cinema and is planned to become an annual event.

“Primarily, HELLAS FILMBOX BERLIN aspires to be a platform for ‘New Greek Cinema.’ It wants to provide insight into Greece’s current situation, its people, inner conflicts and secrets. To see this land through the eyes of its cinematographers should give the German audience a clear, direct and honest experience – one that is almost impossible to gain through the German media these days. Greek films have far more to say about the crisis happening in Greece than daily German newspapers,” the official HELLAS FILMBOX BERLIN website reads.

The festival jury has yet to be announced. Interested filmmakers can submit their work from August 1 until September 31.