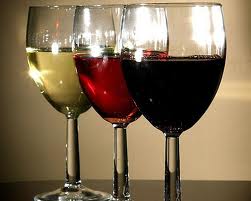 According to the data released by EDOAO the national inter-professional organization of “vine and wine”, Greek wine exports to the United States and Canada in the last five years have increased by 39% and 55%, respectively.

Additionally, according to a poll conducted by Accu Poll, 79% of consumers live in New York, Washington, San Francisco, Chicago, Boston, Houston, Dallas and Seattle, with a family income of more than 50,000 dollars had knowledge of Greek wine labels.

These figures are expected to rise even higher in 2015. “We export 60% of our products abroad. “The demand is so great”,said enologist Erifyli Parparoussis. The wine industry appears to have great success during the “barren” years of the financial crisis.

Sofia Perpera, company director of All About Greek Wine North American region expressed her satisfaction. “There are no American sommeliers (wine stewards) who do not know about Greek wines and do not include them on at least one label list. Their popularity has surpassed all expectations,” she added.

Even foreign media such as Bloomberg, the Wall Street Journal and the New York Times have promoted Greek wine with articles such as the “Ode to Greek white wines.”