TechNews
GreekReporter.com Greece Refugee Crisis in Athens Is Out of Control

Refugee Crisis in Athens Is Out of Control 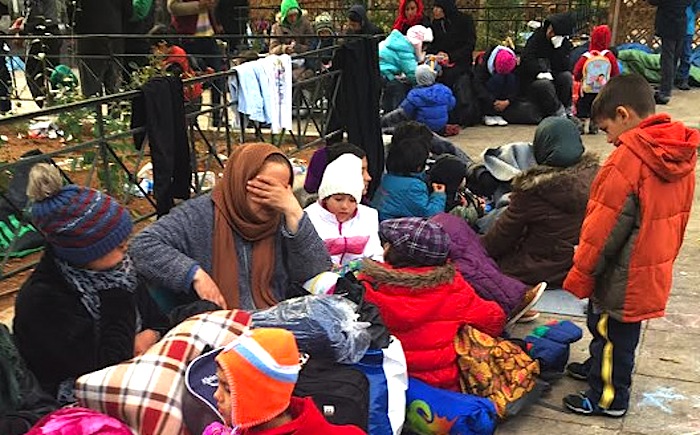 Victoria Square in Athens has turned into a makeshift camping area for refugees, while the weather conditions in the country have taken a turn for the worse. In total, more than 500 refugees have found shelter in the square, around the train station area.
The refugees have either been staying there for a few days or they just arrived on Wednesday morning, December 30, and are planning on setting up camp in the square. According to the Greek Meteorological Service, Wednesday night will be particularly cold, since the temperature is expected to drop 12 degrees.
Most of the refugees and migrants gathered in Victoria Square are of Afghan origin; with the majority being women and young children, some of whom are unaccompanied.
On Tuesday, December 29, the municipality of Athens issued a statement stressing that, despite the government’s statements the situation in Victoria Square is out of control. Furthermore, the municipality stressed the need for action due to bad weather conditions.
Over 3,000 migrants and refugees arrived in Athens this morning
At the same time, more than 3,000 refugees arrived in Piraeus, on Wednesday, on board a ferry from Chios and Mytilene, while more arrivals are expected from the Aegean islands over the course of the day. The “Terra Jet” catamaran carried 1,732 refugees from Mytilene to Piraeus and the “Ariadni” ferry carried another 1,395 from Mytilene and Chios.
The Greek Minister for Immigration Policy Giannis Mouzalas admitted that 3,000-4,000 migrants and refugees are entering Greece on a daily basis. According to the minister it appears that Turkey has failed to address the reduction of migration flows which has led Greece to sound the alarm.
As for the situation in Victoria Square the minister claims that the square is a stop in the refugees’ journey, not a detention center.