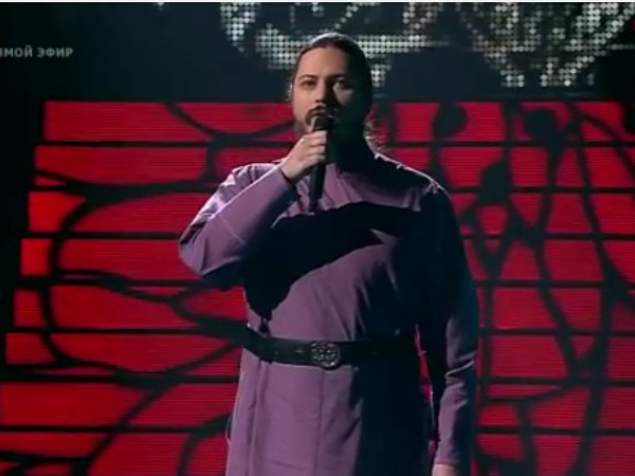 An Orthodox monk has outdone a number of worldly competitors in a popular Russian singing competition TV show, getting 76 percent of viewers’ votes and creating a stir on social media.

Photios, the hieromonk – a monk also serving as priest in the Orthodox Church – sang “Per Te” (“For you”) in the finals – an Italian song from the late 1960s. The song was the winner of the Sanremo Music Festival and later made even more popular by American singer Josh Groban, according to a RT report.

The 28-year-old monk stunned the audience with his performance, with some going as far as calling it a “promotion trick.”

“The fact that I went on stage thrills and agitates people. [When watching the TV show] they are not expecting this, they just want to have fun and relax. And suddenly they see a priest. It seems that he reminds them of the existence of conscience, soul, and also sins,” Hieromonk Photios – who is known as Vitaly Mochalov in his worldly life – told RT’s sister video agency, Ruptly.

“People often write me comments [saying] that they want to go to church after they see me,” he added.

Singing worldly tunes aside from the usual religious hymns, is nothing new to Photios, who says he’s been practicing pop songs and opera arias to improve his vocal abilities at the monastery for 10 years. He has also recorded two albums and performed on a number of stages in Russia‘s Kaluga region, where his church is located.

The public was first shocked by the singing priest’s participation in the show in September, when the fourth season of “The Voice” (“Golos” in Russian) began on Russia’s television. But over the course of the contest, the hieromonk grabbed the spotlight, now having thousands of followers on Instagram and livestreaming videos on Periscope.