Greeks the Most Disappointed People of Europe 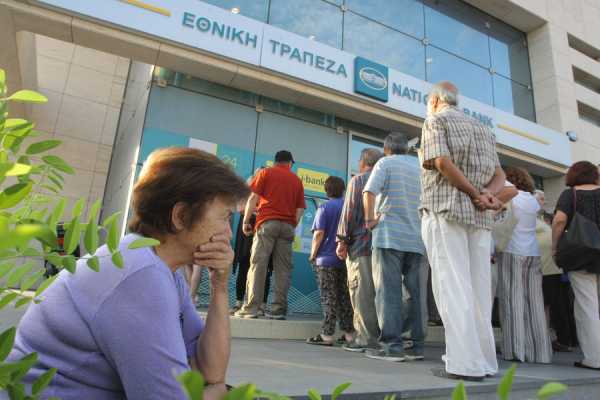 The poor economic situation, pessimism about the future and general dissatisfaction make Greeks the most disappointed people of Europe, according to the Standard Eurobarometer.
The Eurobarometer is a series of public opinion surveys conducted on behalf of the European Commission. The Standard Eurobarometer for autumn 2015 was released on Wednesday and shows that Greeks are not optimistic about the future.
More specifically, 60% of Greek respondents say they are not satisfied with their lives. Correspondingly, among the 28 European Union the average of disappointed citizens is 19%. At the same time, 83% of Greeks are not optimistic about the future, compared to the 32% average in the EU.
A staggering 92% of Greeks believe they were better off before. However, 70% of them are in favor of the common European currency and 80% in favor of the free movement of European citizens.
Over half of Greeks (52%) complain about their poor work status, while 70% believe that the next 12 months will be worse. The figure has increased by 18% compared to the Eurobarometer of spring 2015.
Furthermore, 76% say their household economic situation is bad and 58% believe it will get worse in 2016, a rate that has also increased compared to the spring figures.
Almost all Greeks (97%) say the county’s economy is bad and 70% expect deterioration in the coming 10 months. Compared to the spring figures, pessimism in that regard has increased by 24%. Moreover, 99% believe that the employment situation in Greece is bad.
Asked about the major problems Greece and EU in general are facing, 52% of participants said the biggest problem for Europe is immigration, while 36% said it is the economy and 55% said the unemployment.
Moreover, 77% of respondents replied that things in Greece are going in the wrong direction (+28% compared to the corresponding findings of spring 2015), while the vast majority tend to have no confidence in the Greek government (82%) or in the EU (81%).
As for the EU, 45% of Greeks surveyed responded that Europe is going the wrong direction in resolving the economic crisis and dealing with major international challenges, and 26% said EU is going the right direction.
Europeans don’t seem to have the same view, because the European average responses were diametrically opposed with 45% replying “good” and 28% “wrong” in the corresponding questions.