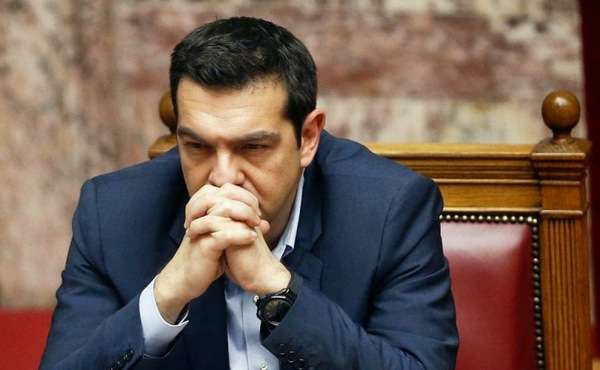 Greek Prime Minister Alexis Tsipras has called a meeting of party leaders on Saturday at noon to discuss pressing issues ahead of the vote in parliament of the reforms required by the bailout program.
Party leaders have reluctantly accepted to participate in the meeting, while Greek Communist Party chief Dimitris Koutsoumbas turned down the invitation. Opposition parties believe that Tsipras will ask for consensus in the difficult government decisions ahead.
The prime minister wants to have a national dialogue with Greece’s political forces on the issues of security funds reforms, the refugee issue and constitutional revisions.
Interim New Democracy leader Yiannis Plakiotakis said the conservative party is obligated to attend the meeting but not to satisfy the prime minister’s whims and play along his tactics. “With this move, Mr Tsipras, despite a fresh popular mandate, has declared himself unable to govern and implement his false campaign promises,” Plakiotakis told reporters.
PASOK leader Fofi Genimata reportedly had a heated argument with Tsipras over the telephone. She said that she is willing to have a dialogue on the refugee crisis and the developments in the region, but not discuss the insurance funds issue. She said this could have been discussed in parliament, warning that if the discussion turns to insurance funds, she will walk out of the meeting.
Centrists Union leader Vassilis Leventis said he will attend the meeting but he will insist that only an all-party government can solve the country’s pressing issues and he would not give a vote of confidence to the SYRIZA government.
Potami leader Stavros Theodorakis said on Thursday that his party will attend the meeting but “without any illusions.” In a tweet he stated that he does not trust Tsipras and would not give his consent “for the same scenario to be repeated.”