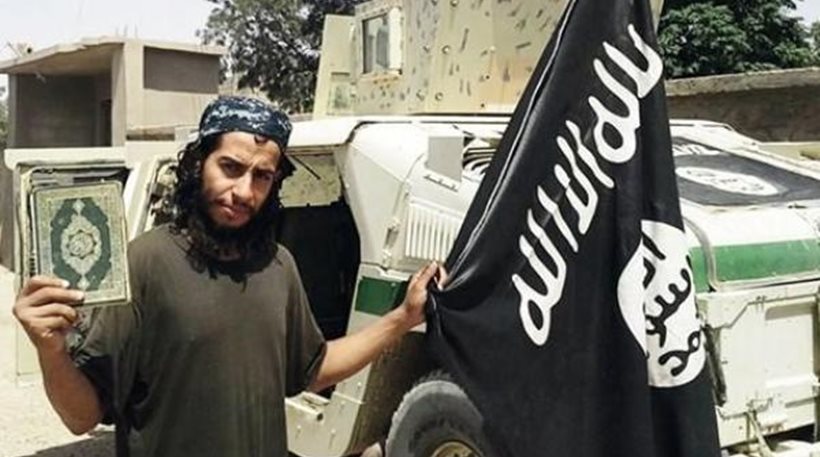 Abdelhamid Abaaoud, the man who is considered by French and Belgian authorities to be the mastermind of the Islamic State hits in Paris, was orchestrating a failed attack from Athens in January.
An investigation on the 27-year-old terrorist that took place in Athens in January suggested that he was directing an attack from the Greek capital. Communications from a cell phone in Athens with a group of three jihadists in Verviers, Belgium, that was dismantled by Belgian Police, indicate that Abaaoud was the orchestrator. The group was planning a terrorist hit against a police station. During the arrest operation, police killed two of the terrorists and arrested the third.
Abaaoud, a Belgian citizen, was suspected of planning the attack from Athens and was going under the nick name “Omar.” The cell phone call from Athens led Greek counter-terrorism officers to an extensive investigation in the Pagkrati neighborhood of Athens where the phone calls were traced. A Europol official went to Athens to aid in the investigation.
The Greek authorities arrested a man named Omar Damas, believing it was the Islamic State “Omar.” Police found the cell phone that contained the suspicious sim card in his possession. They investigated Damas trying to find a connection with Abaaoud with no results.
According to a Belgian newspaper Der Standaar report, Abaaoud is connected to the botched terrorist hit in Verviers. Initially it was believed he masterminded and funded the failed attempt.
Abaaoud departed for Syria in June. After his departure, a court in Belgium, in absentia, sentenced him to 20 years imprisonment for the recruitment of Belgian jihadists bound for Syria to join IS.