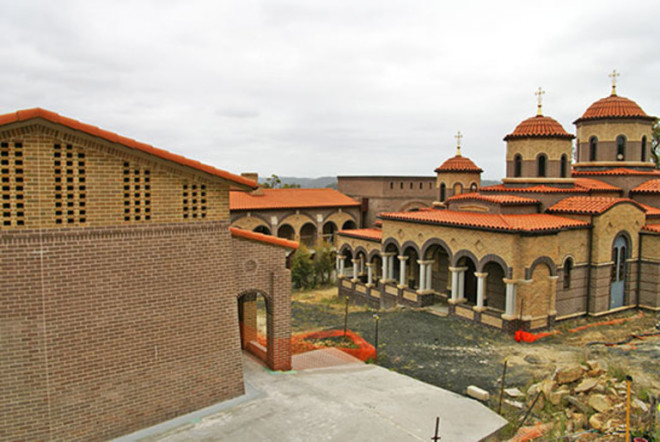 Pantanassa Monastery was first established under the initiative of Archbishop Stylianos back in 1976. In 2005 DDA began construction for the main church of Pantanassa Monastery, Catholicon, which is dedicated to the Holy Mother of God Pantanassa. Furthermore, in 2008, construction began on the monk’s living quarters, kitchen, refectory and library and continued until the late 2010 to a partial lock up stage, where it was put on hold for financial reasons, notes the monastery’s website.

In 2013, the construction program recommenced and was estimated to reach completion by late 2015.

“The main inspiration for the design is the Athonite monasteries in Greece, with their austere, fortress-like exteriors and ornate, open, village-like courtyards,” architect Demetrios Stavropoulos said to Greek Diaspora newspaper Neos Kosmos.