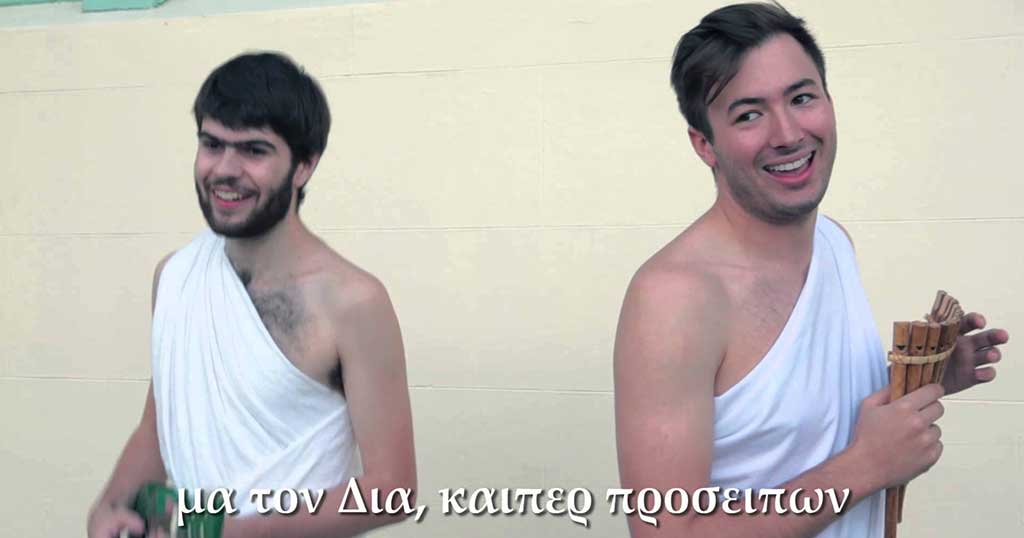 A team of students from the University of Auckland decided to remake the famous ABBA song “Mamma Mia” using ancient Greek lyrics.

The students are members of the Classical Studies Association at the university and used their acquired knowledge of the ancient language to translate the song, changing the title to “Ma to Dia” (“Dear Zeus”).

The group also made a video clip to accompany the song in which they are dressed in ancient Greek style robes.

The students’ erroneous pronunciation of words makes the video an even more fun watch for viewers.

“Mamma Mia” is a song recorded by the Swedish pop group ABBA, written by Benny Andersson, Björn Ulvaeus and Stig Anderson, with the lead vocals shared by Agnetha Fältskog and Anni-Frid Lyngstad. The song is featured in the Mamma Mia! musical, and sung by the character of Donna. In the 2008 Mamma Mia! film adaptation, which was shot in Skopelos, Greece, the song is performed by actress Meryl Streep.