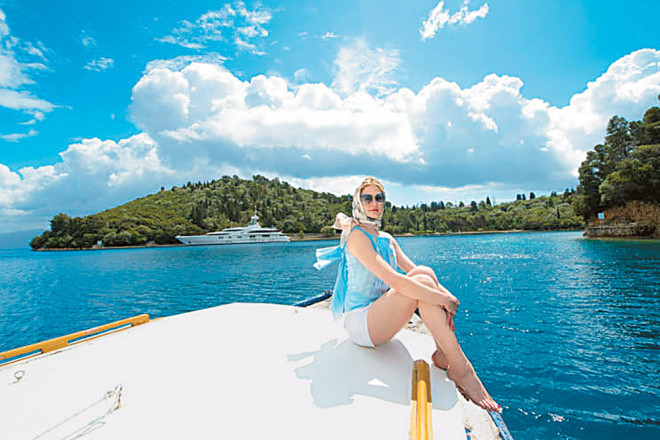 For the second time in its history, the Greek island of Skorpios has served as a wedding location.
On Wednesday October 21, 26-year-old Ekaterina Rybolovleva, daughter of Russian billionaire Dmitry Rybolovlev, married 34-year-old Swiss Juan Sartori on Skorpios. According to Greek media reports 50-60 guests attended the discreet ceremony and the reception that followed.


The wedding took place at the Panagitsa church on the island. The Bishop of the islands of Lefakda and Ithaki, Theofilos and the Archbishop of Berlin, Germany and Great Britain, Marcos performed the wedding ceremony. The couple reportedly had a civil wedding in Geneva on October 14.
The island of Skorpios, located in the Ionian Sea, belonged to the Onassis family for decades since 1963. The only other wedding to take place on the island was in 1968 between the island’s owner at the time, Greek billionaire Aristotle Onassis and former First Lady Jacqueline Kennedy, who was previously married to United States President John F. Kennedy.
Rybolovlev has owned the island since 2013.