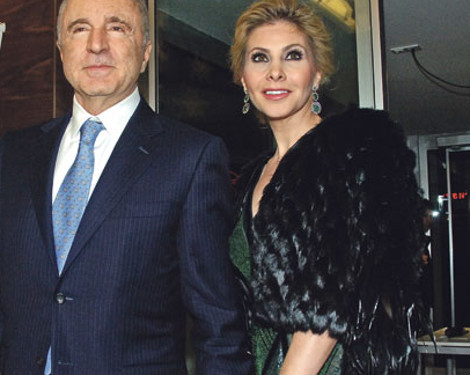 Greek journalist Fani Grammatikogianni’s divorce from the former Galatasaray president and wealthy businessman Ünal Aysal has become the talk of the town in Istanbul. Lawyers for the two parties are currently trying to divide the ex-couple’s immense wealth, which reaches just south of one billion euros.

The couple met in 2008, they fell in love at first sight, married in 2009 in Manhattan, New York and in 2012 they had a baby girl. However, in September 2014 the first signs of trouble appeared in their relationship. According to unconfirmed rumors there was a third person involved.

Due to their separation, the couple will have to divide any property acquired during their marriage, as well as their luxurious yacht “Barbie,” which is priced at 25 million euros.