GRNews
GreekReporter.comGreek NewsEconomyGreece Will Not Go Down on Price of Regional Airports

Greece Will Not Go Down on Price of Regional Airports 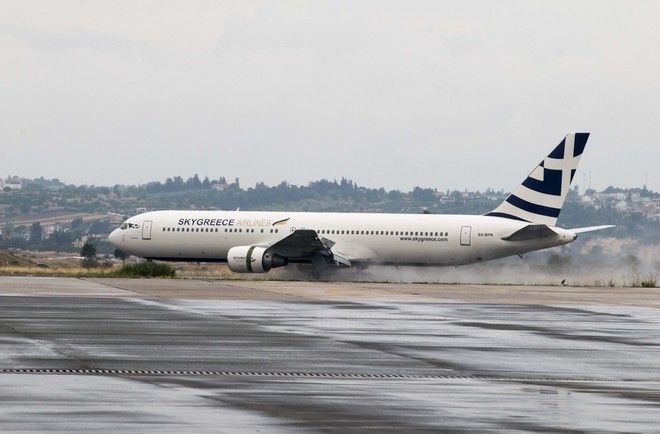 Greece will not go down on the price agreed on for the sale of 14 regional airports to German company Fraport, said HRADF head Stergios Pitsiorlas.
The deal for the sale of state-owned airports of major cities and top tourist destinations has not been signed yet. The Greek government chose Fraport and its partner, Greek energy firm Copelouzos, to operate the airports.
President of Hellenic Republic Asset Development Fund Stergios Pitsiorlas on Monday told Efimerida ton Syntakton newspaper that there won’t be a reduction on the sale price. “We are not discussing any reduction in price… the deal will be signed as it is,” he said.
Fraport has agreed to pay a total of 1.2 billion euros for the 40-year lease. The annual rent will be 22.9 million euros and the Greek government will be getting 25 percent of before-tax profits, the total estimated at 1.2 billion euros.
Moreover the consortium has committed to investing 330 million euros in the first four years, while the total investment for the next four decades will reach 1.4 billion euros.
According to the newspaper report, Fraport executives visited some of the airports last week and met with union officials. Allegedly, the company representatives tried to negotiate the price.
The 14 airports are Thessaloniki, Corfu, Chania, Kefalonia, Zakynthos, Aktion, Kavala, Rhodes, Kos, Samos, Mytilene, Mykonos, Santorini and Skiathos.
Negotiations for the privatization of the 14 airports had started when the New Democracy-PASOK coalition government was in power. If the deal is completed by the end of the year as reported, it would be the first privatization under the Alexis Tsipras leftist government.