Kalymnos to Jazz up Annual Rock Climbing Festival on Oct. 10-11 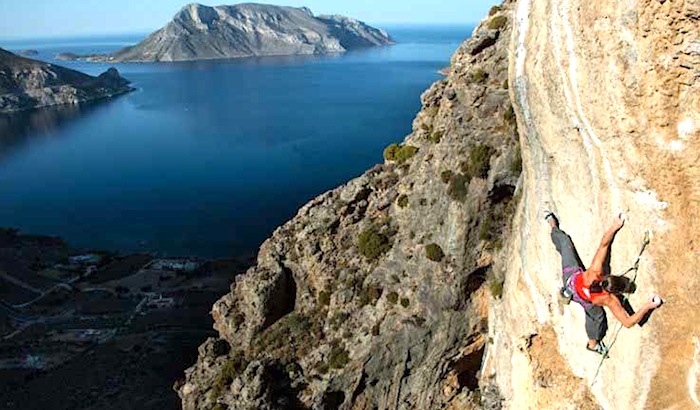 Traditionally known as the sponge-divers’ island and famous for its beautiful seabed, the island of Kalymnos, Greece , has in recent years also established itself as a ‘Mecca’ for rock climbing and one of the best destinations for the sport worldwide.
Since the year 2000, the island has also hosted an annual rock climbing festival that brings thousands of the world’s top athletes to the island, which will be held this year on October 10-11. This year the festival will also have an “experimental” twist and feature cultural events, in addition to the normal climbing activities that see top athletes and some spectacular records every year.
Talking to the ANA-MPA on Friday, the president of the island’s hotel owners’ association Nikos Tsagaris said that the island’s “discovery” as a rock-climbing destination had transformed its prospects as a tourism destination, especially in the months of May and October, while helping promote one of the Aegean’s least favored islands as a holiday destination worldwide. “At this time the island is overrun by visitors and the 3,000 beds are not enough to cover the extra demand from the climbers,” said hotel owner Popi Tsagari.
The sport brought an additional 2,000 tourists during this period, transforming Kalymnos into a climbers’ community and extending its tourist season from March until well into November. These are also visitors that tend to return to the island and have invested in this form of tourism, they pointed out.
Tsagaris stressed that the promotion of Kalymnos as a rock climbing destination was no accident but the result of systematic hard work, based on a marketing plan and using every opportunity to promote this comparative advantage. Efforts are now being made to branch out into other special forms of tourism that the island can offer, such as hiking and diving holidays, through the mapping of certified paths and creating a marine diving park, he added.
Among the features that make Kalymnos so popular for climbing are the excellent quality of the rocks and some 2,700 safe climbing routes pre-equipped with permanent drilled-in bolts, as well as easy access to the climbing routes and routes with varying degrees of difficulty. These advantages are combined with some spectacular sea views, dramatic caves, a good climate, an abundance of cheap air fares and the island’s suitability for family holidays.
The festival is among the highlights of the year, open to top athletes and the sports living legends, as well as ordinary climbers. For more information on the festival, visit: http://climbingfestival2015.kalymnos-isl.gr.
(source: ana-mpa)