GRNews
GreekReporter.comGreeceWhat the New Leader of Greece can Learn from Broadway Hip Hop... 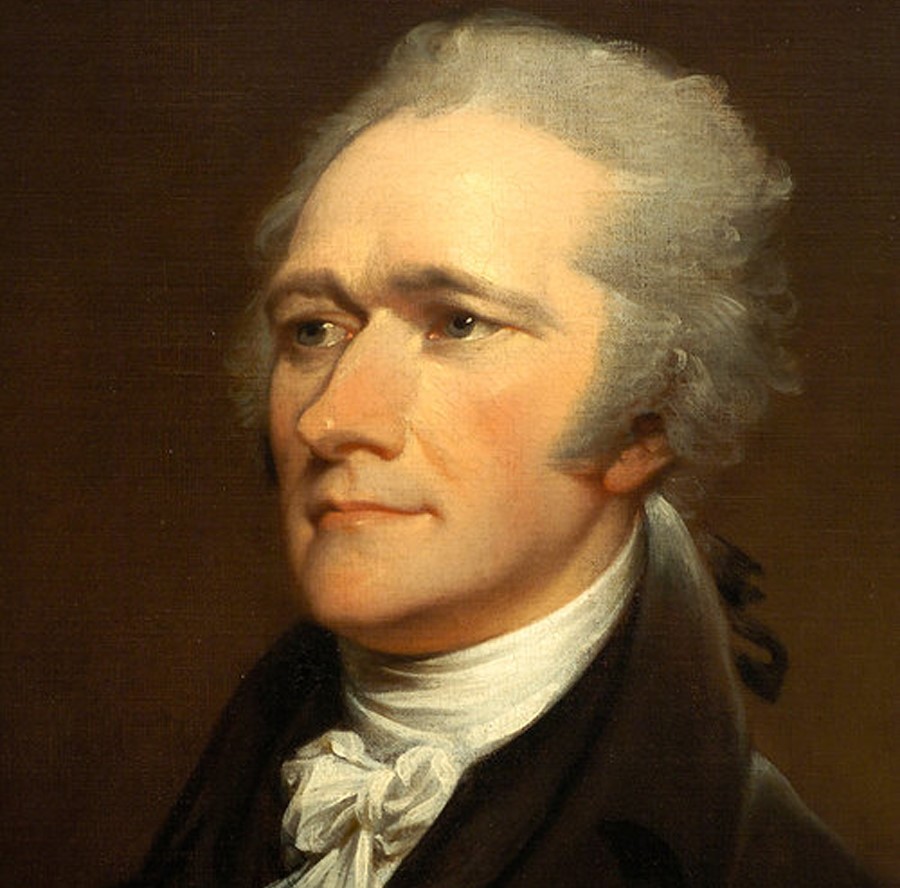 *By William E Nelson
What do the new Broadway hip-hop musical “Hamilton” and Greece’s debt crisis have in common? A great deal, actually.
“Hamilton,” which opened on August 6th, celebrates the life and public career of one of America’s greatest statesmen, Alexander Hamilton; first secretary of the treasury under President George Washington and the lead author of the most important and influential commentary on the Constitution, The Federalist.
The new Greek Prime Minster, possibly Alexis Tsipras, should book front-row seats, because “Hamilton” has important lessons for him about debt and government.
Hamilton’s stroke of genius
Hamilton was instrumental in transforming the United States into a true nation, in particular by his policies and actions as treasury secretary, and the musical conveys the scope and drama of his achievement.
One of Hamilton’s most brilliant and successful policies was to have the federal government assume the Revolutionary War debts of the states, which it did in 1790.
Hamilton recognized that the United States would be better able than individual states to make regular payments on those debts and ultimately to retire them. Further, he recognized that the government could use the debt as a means to stimulate economic growth, bolster the strength of the new nation’s currency and shore up its honor in the community of nations – by showing that the US would meet its obligations.
One key insight also drove Hamilton’s policy. He saw that consolidating state debts into a single national pool would require a single national policy. No longer would the United States be plagued by divergent or conflicting state policies. Hamilton ensured that his plan would promote national unity.
To this day, scholars of American constitutional and legal history like us, who try hard to maintain their objectivity in interpreting the past, find it difficult not to admire Hamilton’s constitutional, legal, economic and political creativity. And rarely have Hamilton and his policies seemed more relevant than today, particularly for Greece as it struggles to prevent from ripping apart the Eurozone and potentially the European Union.
A clash of nations
In this crisis, we see individual European nations clashing with one another.
Germany and its supporters have insisted on imposing strict austerity measures on Greece in exchange for a third bailout needed to prevent the collapse of the Greek economy – even at the price of stripping Greece of its sovereign power to determine the structure and workings of its economy and society.
Some even charge Merkel with seeking to turn Greece into a colonial satellite by means of Germany’s economic clout, as it did with its military might during World War II.
Nor have Greece’s political leaders played innocent roles. By holding a referendum on the EU’s proposed bailout for Greece, Tsipras and his government sought to blackmail Merkel into abandoning her demands for austerity by asking for reparations for the Nazis’ occupation of Greece and implying current leaders are bent on ignoring Greek democracy and the democratically expressed wishes of the Greek people.
Tsipras refused to follow the consensus-building rules by which the EU has governed itself. In our view, his embrace of populist, hardball politics has done serious harm to the mechanisms of European governance, risking destroying them.
Preventing destructive political conflicts
In the 1790s, by contrast, the federal government’s assumption of state debts under Hamilton’s guidance prevented similar destructive political conflicts in the early United States.
When Hamilton proposed his plan to bolster the nation’s public credit, he did so within the context of a constitutional system in which there was a general government, at least arguably supreme in certain spheres of activity over the states. In addition, it was within the context of a union that many Americans saw as necessary to their new independence and ability to create a nation and maintain their liberties.
Vigorous, contentious debates within Congress and the public could thus unfold without threatening to burst the Union or the Constitution – even though some states, which had already paid their Revolutionary War debts, resented that the federal government would relieve other states of their burdens.

Did Hamilton and other founding fathers of the United States behave better than Greeks today?
To be sure, political leaders at all times and in all places will do what they must to please supporters and constituents who place their selfish fears and interests ahead of the need to maintain rational government. By contrast with most of his contemporaries, Hamilton’s defiant candor, which sometimes amounted to tactlessness, often made him and his policies more enemies than friends.
Even so, Hamilton understood, as did most politicians of his time, that the way to avoid irrational politics was to create governmental structures for a federal republic that channeled decision-making in productive directions.
An end to blackmail and conquest.
The Greek debt crisis is only the latest problem demonstrating the need to create European political structures that can prevent games of blackmail and conquest and give citizens the political power to attain the economy and society they desire.
Hamilton’s career, and the American founding experience in general, offer insight as to how those structures might be built.
Statesmen such as the late Jean Monnet – considered the founding father of the European Union – and modern scholars such as British political philosopher Larry Siedentop have often invoked the American example as a model for a United States of Europe, or of a European Union beyond what we see today.
While recognizing that ethnicity, religion and national heritage may serve as barriers to such a union, these scholars and statesmen have argued for a rational recognition among Europeans of their many shared interests. That step would help to replace self-interested and bitter squabbling among nation-states with a rational means of controlling nationalist resentments, emotions and suspicions.
In the US founding era (comprising the years from the 1760s through the 1830s), even though the early states had few sensible reasons to remain separate and many good reasons to coalesce, suspicions, jealousies and resentments comparable to those plaguing Europe today reigned.
These suspicions and resentments, and Americans’ fears of a too-powerful general government, were so strong that, during the framing of the US Constitution in 1787, the delegates to the Federal Convention specifically crossed out the words “nation” or “national” from the working draft. Even so, they created a government strong enough to protect national interests while checked and balanced enough to safeguard democratic governance and individual rights.
Lessons for US
Not only Europeans could learn a thing or two about rational political decision-making from the new musical “Hamilton.” Americans, also plagued today by a vicious, bitter, either/or form of political conflict, could benefit from the lessons of Hamilton and the other founding fathers.
Those who see “Hamilton” will gain a renewed appreciation for the need to preserve rationality in American politics. The musical’s presentation of complex and difficult policy disputes between Hamilton and Jefferson as well-staged, well-written rap battles shows how words and arguments matter. The show’s author, Lin-Manuel Miranda, recognizes the power of words not only in his use of hip-hop and rap forms but in his close attention to getting the substance of his rap lyrics right.
The play is pervaded by one great insight: the power of language and reason. That power not only enables Miranda’s Hamilton to transcend his humble roots and vault into political leadership of the Revolution and of the creation of an American constitutional republic, it also enables all the founding fathers who appear in the show – Hamilton, Washington, Jefferson, Madison and Burr – to order the American political world with words.
“Hamilton” reminds us once again of the power of reason and of words in the political realm, and of the need for reason to anchor that political world and to direct its course.
*William E Nelson, Weinfeld Professor of Law, New York University and R B Bernstein, Lecturer in Political Science, City College of New York
This article was adapted from the original, published on The Conversation. Read the original article.