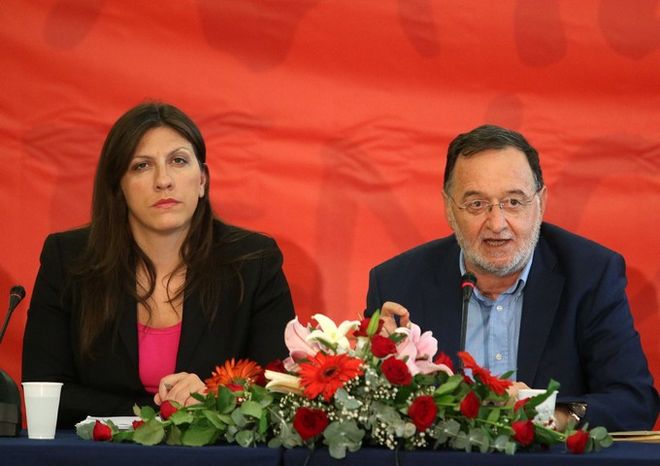 With the September 20 Greek elections fast approaching, Popular Unity leader Panagiotis Lafazanis gave a press conference at the Thessaloniki International Fair (TIF) on Tuesday to discuss his exit from SYRIZA and his party’s support for a national currency.
Lafazanis noted that his party will be the election’s surprise. Popular Unity emerged just a few weeks ago with the initiative of Lafazanis, after he and other SYRIZA members of parliament (MPs) openly voiced their disagreement with former Greek Prime Minister and SYRIZA leader Alexis Tsipras’ agreement to a third Greek bailout. Dissent within SYRIZA led to Tsipras’ resignation and the upcoming snap elections.
Lafazanis argued that the Greek government was not brought down by himself and the other dissident MPs.
He claimed that an exit from the Euro and the adoption of a national currency is the only viable choice for Greece, while alluding to the cases of Denmark and the Czech Republic, as healthy economies with their own national currencies.
“The choice of a national currency is necessary so that we can move forward in a new path,” he said and added “Change will not happen from one day to the next.”
The Popular Unity leader was joined by former SYRIZA MP and former President of the Greek Parliament Zoi Konstantopoulou, who will run as a MP candidate with Popular Unity. Konstantopoulou argued that the true dilemma for Greece is the choice between the Euro and democracy.
Lafazanis who was also Greece’s Productive Reconstruction, Environment, and Energy Minister from January until July, felt that he and the other ministers that were replaced in the July cabinet reshuffle were essentially kicked out of government.
“We publicly criticised the handling of the negotiations, through our agencies, we always submitted alternatives proposals and these were being published in the press. We were criticized for our differentiation, for undermining the government,” he said. “We gave a battle until the end to avoid something we had no illusions about.”

Greece announced another 2,801 new COVID-19 infections on Saturday, while 781 patients remained intubated due to the pandemic.
Greek News