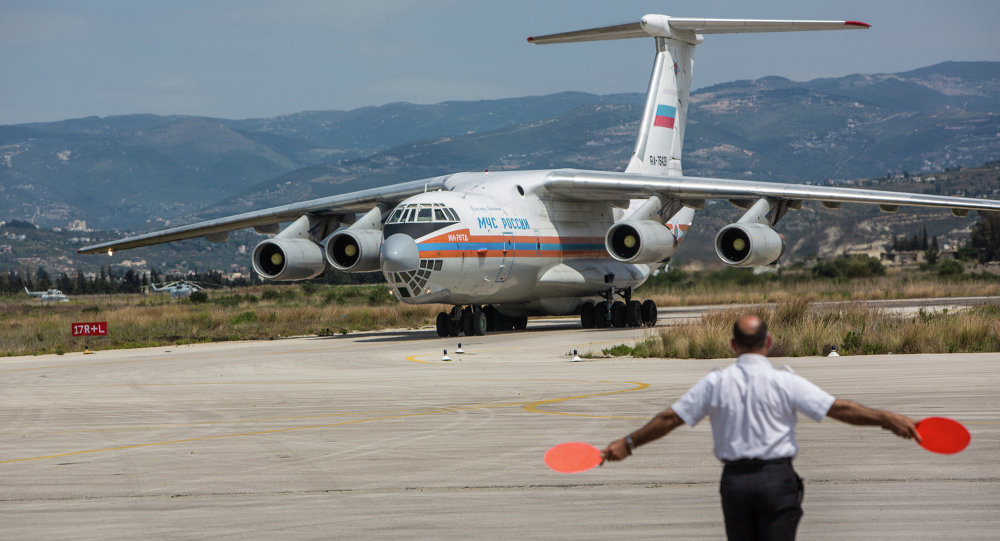 Athens has allegedly denied a U.S. request to close airspace to Russian aircraft that would transport humanitarian aid to Syria, according to a Sputnik report.
According to the news agency report, citing as a source an anonymous Greek diplomat, Moscow has requested and received Athens’ permission to conduct flights to transport humanitarian aid to Syria in the period from September 1 to September 24.
“On Saturday, U.S. Embassy [in Athens] appealed to the Greek government with a request to prohibit the flights of Russian aircraft in the FIR Athens. The Greek government refused to do so, in order not to worsen relations with Russia,” the source told Russian state news agency RIA Novosti.
Greece’s foreign affairs ministry did not confirm or deny the report.

Firefighters rescued six people from collapsed houses in Mesochori on Wednesday following the earthquake that occurred earlier in the day.
Greek News

Prime Minister Kyriakos Mitsotakis praised the country's vaccination program, referring to a "wall of immunity" against the coronavirus.