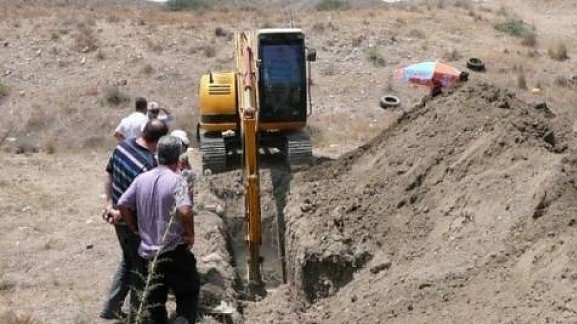 Human remains and military clothing were unearthed in occupied Cyprus, in the area of Trahonas in Nicosia, according to the Greek-Cypriot spokesman of the Committee on Missing Persons (CMP), Nestoras Nestoros.
The committee notes that they were able to recover the remains of four Greek Cypriots missing since the Turkish invasion in July 1974. Nestoros added that when the exhumation is complete, scientists will move their work around 60 meters further west, where according to testimonies there are more missing people buried.
The exhumation is estimated to be completed in approximately one to two weeks.
According to the spokesman of Greek-Cypriot Committee on Missing Persons, scientists are looking at two specific areas where it was estimated that 40-50 people were buried.
In 1977, Turkey filed a document at the Council of Europe claiming that around 200 bodies had been collected by Turkish-Cypriots and loaded on trucks to be taken to Ledra Palace hotel and handed over to the Greek-Cypriot side.
However, the Greek-Cypriot side never received the missing persons’ bodies, and according to Turkey they were buried in mass graves.