GRNews
GreekReporter.comGreek NewsCyprusOverseas Cypriots Committed to Continue the Struggle in Support of Cyprus

Overseas Cypriots Committed to Continue the Struggle in Support of Cyprus 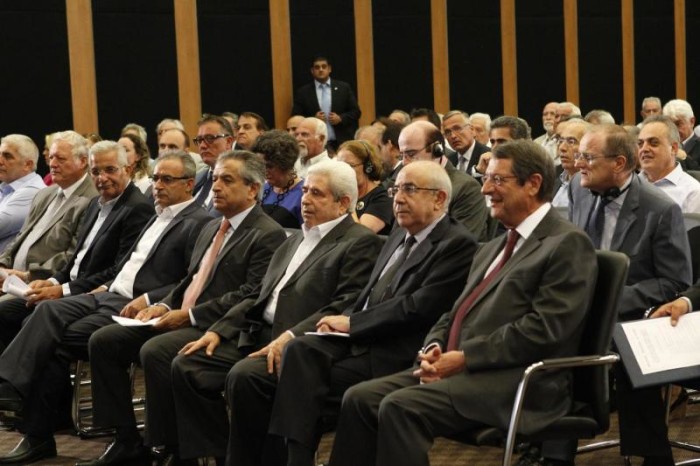 The leaders of organizations of Cypriots overseas have pledged to return to their countries and continue the struggle in support of Cyprus.
At the completion of the 18th International Conference of Overseas Cypriots (POMAK-PSEKA) and the Conference of the Executive Council of the Organization of Young Overseas Cypriots (NEPOMAK), the organizations’ Presidents held a press conference during which they thanked the Cypriot government for briefing them on the latest developments of the Cyprus problem, the economy and energy matters.
However, POMAK and PSEKA Presidents criticized the lack of unity on the internal front on the Cyprus problem, which, in turn, tarnishes the image of Cyprus abroad, as they pointed out.
Speaking to the press, Fotis Fotiou, Presidential Commissioner for Humanitarian Affairs and Overseas Cypriots, thanked diaspora Cypriots for their support to the struggle of Cyprus. Referring to the Conference, he said that it was very useful as it provided the opportunity for an important discussion on the Cyprus problem. In addition, they discussed problems and the future of the new generation of overseas Cypriots.
Fotiou announced that in early 2016, probably in February, the first Business Forum with diaspora businessmen will take place in Cyprus. “I believe this is pivotal because I am sure that we have remarkable entrepreneurs who can help Cyprus in this difficult period, either by promoting Cyprus as an investment and business center, or by investing in Cyprus,” he said.
Fotiou thanked expatriate Cypriots for their contribution to the issue of missing persons, noting that specific action has been decided to persuade the international community to show sensitivity and convince Turkey to cooperate and give an end to this deeply humanitarian matter.
Cyprus has been divided since 1974, when Turkish troops invaded and occupied 37% of its territory. UN-led talks aiming to reunite the island under a federal roof resumed in May this year.
(Source: CNA)