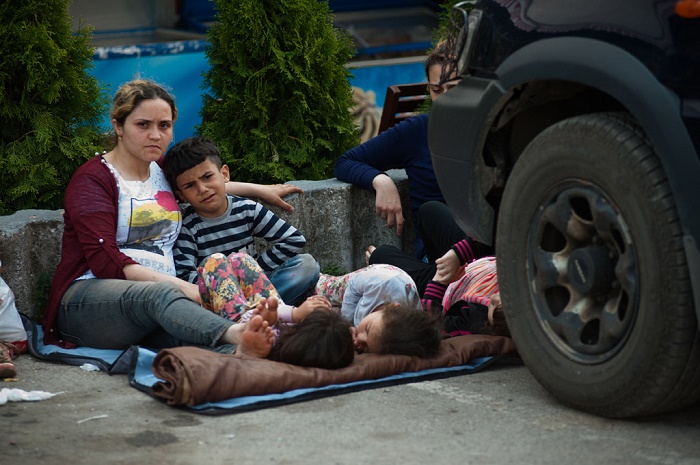 UNICEF announced that it would set up a child-friendly zone in the area near the Greek-FYROM border for underage refugee and migrant children seeking asylum. Over the last weeks, thousands of asylum seekers have arrived at the border between the two countries seeking a way to travel to northern Europe and escape their war-torn countries.
UNICEF plans to establish a child-friendly zone near Gevgelija, a southeastern FYROM town close to the Greek border. The facilities and mobile team will provide emergency assistance to women and children crossing the border between the two countries, noted the organization.
In its official statement, UNICEF noted that the child-friendly zone would provide psycho-social support and catering for the needs of small children, as well as a playground, a resting place and educational materials. The child-friendly space can support about 50 children at a time.
Between 1,500 and 2,000 asylum seekers pass through FYROM each day, with 30% being women and children. Many have fled conflict in their home countries such as Afghanistan, Iraq and Syria, noted the organization. Furthermore, it added that small unaccompanied children face the most danger and usually appeal for monetary donations.
UNICEF urges authorities “to recognize and treat all migrant children, no matter what their legal status, religion or affiliation, first and foremost as children with rights, as set out in the UN Convention on the Rights of the Child. They must receive special care and attention as well as non-discriminatory and consistent protection. UNICEF is continuing to monitor the situation on the ground and work with local authorities to ensure children are protected.”

Turkey charged on Tuesday that Greek fighter jets had “harassed” its research vessel Cesme while it sailed in the Northern Aegean.
Ancient Greece