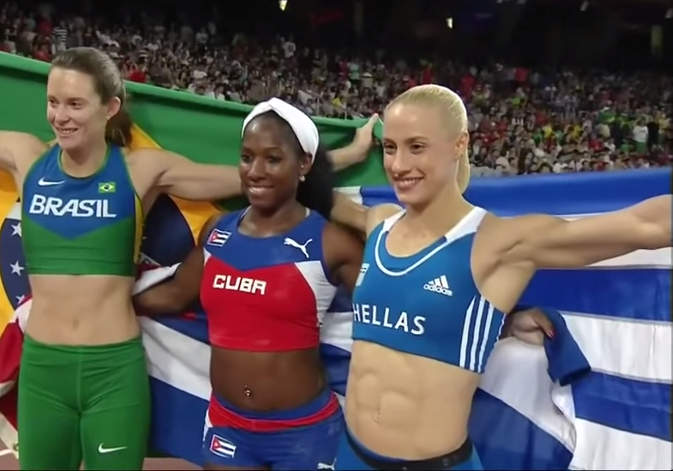 Greek athlete Nikoleta Kyriakopoulou won the bronze medal at the women’s pole vault finals during the 15th IAAF World Championships in Beijing, China, on Wednesday, after clearing a 4.55 meter jump in the semis on Monday.
Greece’s pole vault champion was rewarded with the bronze medal courtesy of a 4.80 meter clearance, offering her country one more medal in the World Championships several years after the bronze success of Hrysopiyi Devetzi in Osaka, Japan.
Cuban athlete Yarisley Silva soared over 4.90 meters on her final effort, breaking the heart of Brazil’s Fabiana Murer (4.85 meters), which earned her the top spot on the podium.
Kyriakopoulou has won the 2009 Mediterranean Games in Pescara, Italy, with a Games record of 4.50 meters, while in 2012 she won the bronze medal at the European Championships in Helsinki, Finland.