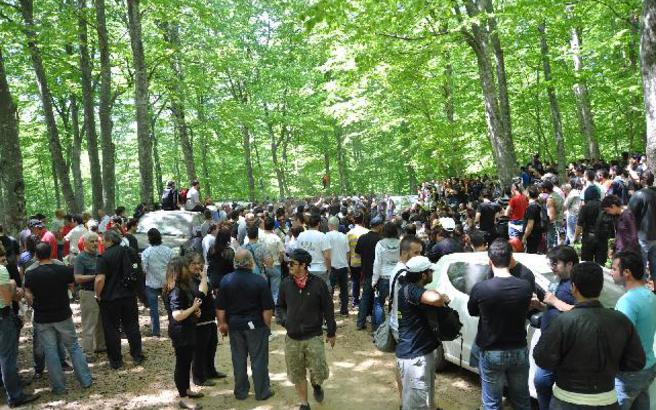 About 1,000 anti-mining protesters on Sunday clashed with police at Kakkavos in northern Greece with the authorities arresting 78 people, while mine workers are blocking the streets on Monday.

The Canadian-run Hellas Gold company operating the gold mine in Skouries in the Chalkidiki region has furloughed about 2,000 employees after its license was suspended on the grounds of violating technical standards.

Environmental activists have been protesting the mine operation accusing Hellas Gold of destroying the environment. Several clashes between activists and police have taken place in the past.

The demonstration rally moved towards the mine but was stopped by police. Protesters threw rocks, firebombs and bolts at the policemen. After the skirmishes, 78 people were arrested and taken to the Polygyros Police Station where they are still detained.

According to authorities, many of the perpetrators arrested were foreigners, including German, British, Italian and Bulgarian citizens.

In a bus that carried protesters, police found slings and big bolts. On their part, protesters accused police for attacking them by firing stun grenades and tear gas without having been provoked.

On Monday, mine workers will have their own protest rally and announced that they will block streets and intersections in the Ierissos and Gomatio areas near the mines.