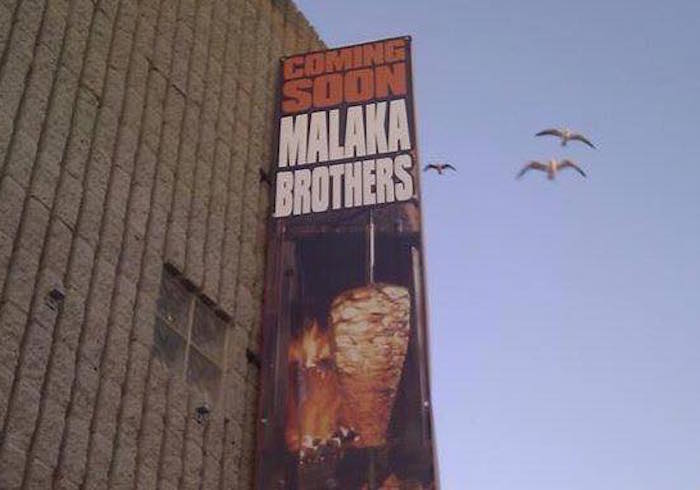 It’s not a joke, here’s how and why these Greek Californians named their Gyro shop on the famed Venice Boardwalk “Malaka Brothers”.

A few months ago pictures of a big banner reading “Malaka Brothers Gyro” circulated online especially on Greek social media accounts. Many thought that the billiboard placed in Venice Beach, CA was a joke.

It turns out it was the name of a Gyro restaurant that a few Greek friends were about to start and serve “the freshest and best Gyro in the LA area.”

We visited the recently opened restaurant and spoke to the manager, Guy Puglia, to figure out why on earth somebody would name their restaurant Malaka, a Greek word that is often picked up by tourists in Greece but its literal translation in English is wanker.

The word is mostly used in Greek slang among friends, with its meaning variyng depending on the tone and context used. It is an exclamation of pleasure, an expression of dark horror, a cry of anger, a paean of affection; and connotates other varied meanings besides its literal equivalent based on the conversation and setting.

Watch the video and interview from our visit to the Gyro shop on Venice’s famed boardwalk and see how “Malaka Brothers” came to be; and thrives!