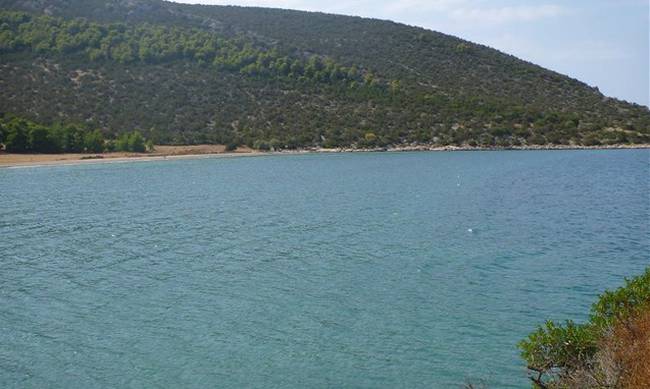 A large underwater ancient Greek settlement of the 3rd millennium BC was brought to light by the Ephorate of Underwater Antiquities and the University of Geneva under the auspices of the Swiss School of Archaeology in Argolis, Peloponnese.
The research began in 2014 in a marine near Franchthi Cave with the Terra Submersa mission and the solar boat “Planet Solar.” The team looked for traces of prehistoric human activity on the eastern side of the Argolic Gulf. This year, the research began on July 13 and focused on Lambagiannas beach, where the team eventually located the prehistoric settlement.
The settlement, located at a depth of 1m up to 3m, covers an area of around 3 acres. It used to be fortified and located by the seaside. Archaeologists found rectangular and circular building foundations as well as paved streets.
Furthermore, they have located part of the settlement’s fortification and at least three large horseshoe-shaped foundations attached to the wall line (possibly part of the fortification that may have been towers). They also found numerous stone tools, obsidian blades and other artifacts.
The investigation will continue until August 14, 2015, with geophysical research in the maritime area. In order to raise awareness in the local community, the research team will present its preliminary findings to the public on site, on August 16 and 17.