Greece's History of Loans Since 1824 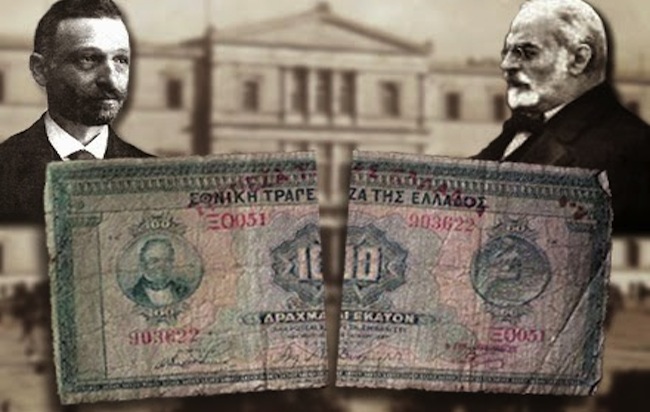 Greece has been in the center of international attention since 2008 due to the financial crisis that broke in the country. However, this is not the first time Greece has faced severe financial problems or even come face to face with the prospect of bankruptcy since its independence in the early 19th century. In fact, Greece has defaulted on its external debt five times in the modern era (1826, 1843, 1860, 1894 and 1932).
The first loan was secured before the Greek War of Independence came to an end. In 1824, Greece received a 472,000-pound loan from the London Stock Exchange to continue the war, but the country was only required to put down 10% and then pay the balance over time. Furthermore, Greece also received 1.1 million pounds in 1825 but only received part of the total amount because the rest was withheld for interest expenses, brokerage and the repayment of previous loans.
However, Greece’s first bankruptcy came shortly after, in 1827, due to the failure to pay debt interest payments for the country’s first two loans.
When the country’s independence was recognized, in 1832, the European powers appointed Otto of Bavaria as Greece’s first king and provided the country with another loan of 60 million French francs. This loan was used to repay Greece’s previous British loans. In 1843, Greece defaulted on the repayment of the 60-million-franc loan, a fact that led to the country’s second bankruptcy in less than 20 years. After this default, Greece was shut out of international capital markets for decades.
After the Greek government settled its outstanding defaults in 1878, the global markets opened once again to Greece and lenders rushed to provide funds. Overall, the country received six loans with predatory terms. In 1879, it received 60 million francs, in 1881 it received 120 million francs to meet urgent needs, in 1884 it got 100 million francs for the construction of railways, in 1887 it received 135 million francs for the purchase of military equipment, in 1879 it received 155 million francs and between 1890-1891 the country was given 89 million francs for the construction of the railway line connecting Piraeus and Larissa.
These loans led the country to another bankruptcy in 1893. The country’s treasury had been depleted by overspending and systemic corruption often caused by political campaigns in which parties promised massive spending programs. Greece’s then Prime Minister, Charilaos Trikoupis, stood before parliament and made the most famous statement of his career: “Regretfully, we are bankrupt.” The servicing of foreign loans was suspended and all non-essential spending was cut.
In 1898, foreign pressure led Greece to accept the creation of the International Committee for Greek Debt Management. This committee monitored the country’s economic policy as well as the tax collection and management systems.
In the early 1930s, many countries defaulted on sovereign debt obligations as the world entered the Great Depression. Greece imposed a moratorium on paying on its outstanding foreign debt in 1932. This default lasted until 1964, the longest of any of the country’s five defaults.
After the Second World War, the Greek state mainly focused on the country’s reconstruction. By the end of 1955, Greece had only received three foreign loans, totaling 145 million dollars. A few years later, the country signed another 28 foreign loans with the US, West Germany and the UK, amounting to 406 million dollars.
During the 1967–74 military junta, foreign loans showed a small decrease, since the state mainly focused on domestic borrowing. However, after the fall of the Greek military junta, there were 24 major foreign loans, three of which came from the French government and the rest from international organizations and banks.
In 1985, Greece had the world’s largest per capita public debt that had begun to plague the country’s economy, putting a stop to its development. Greek Prime Minister Andreas Papandreou received loans for transportation, rural and urban infrastructure projects.
A few years later, days before the Athens Olympic Games closing ceremony, Greece warned the Eurozone that its public debt and deficit figures would be worse than expected, thus becoming the first EU country to be placed under fiscal monitoring by the European Commission in 2005.
On May 3, 2010, Greek Prime Minister George Papandreou signed the First Economic Adjustment Program for Greece, also known as the first bailout package, totaling 107.3 billion euros of financial assistance. In March 2012 the program was superseded by the Second Economic Adjustment Program for Greece, consisting of the undisbursed amounts of the first program and an additional amount of 130 billion euros for the years 2012–14. The second bailout package was signed by Greece’s former Prime Minister Antonis Samaras.