Euboea; Quick Tour of The Second Largest Island in Greece 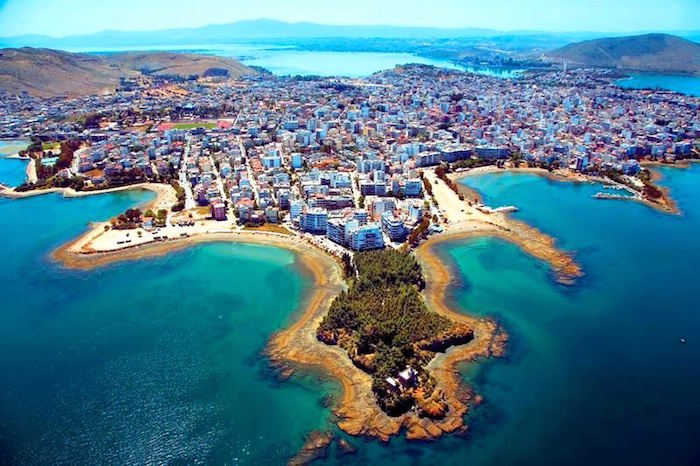 Euboea, the second largest island in Greece, with its high altitude alpine forests in the north and dominating mountains in the south, is one of the most popular destinations in the country. Located off the eastern coast of central Greece, has everything one needs to unwind and relax, spread over its 900 kilometers of shoreline and 1.200 thousand acres of woodland and natural forest.
North Euboea


Agios Georgios
The picturesque fishing village of Agios Georgios is located in north Euboea, 138 kilometers from the capital town of Chalkida. The tiny rocky islands of Lichadonisia, as well as Kavos, Agiokampos, Gregolimano and Rododaphni beaches are some of the areas highlights.
Edipsos
The famous tourist resort of Edipsos, known for its beneficial subsoil and hot springs, is situated in northwest Euboea. The area consists of three settlements, the coastal town of Loutra Edipsos, the traditional village of Edipsos and the seaside village of Agios Nikolaos.
Lichada
Lichada, which, according to Greek mythology, took its name from Hercules’ servant Lichas, is a small village full of pine trees situated in northwest Euboea.
Limni
The village of Limni is located 80 kilometers from Chalkida and 33 kilometers from the town of Edipsos. In close proximity to Limni, you can find Elymnio, the ancient city where the father of all gods, Zeus, married Hera, as well as the beautiful waterfalls of mount Drimonas.
Rovies
Rovies is a seaside resort, 88 kilometers from Chalkida, built within a huge olive grove, between the mountains and Kavalaris and Telethrion. According to mythology, Rovies was a place of worship of Hercules and Apollo.
Chalkida 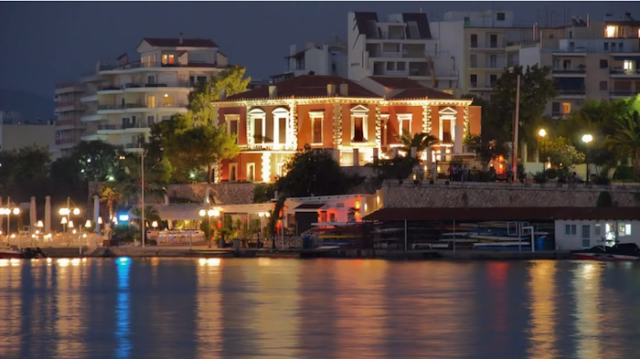 In Chalkida, you can experience the famous “tide phenomenon” from the sliding Negroponte Bridge, in which the tidal currents change direction about four times a day, lasting for about six hours each.
South Euboea


Aliveri
Aliveri is an amphitheatrically-built town, situated 50 kilometers from Chalkida. Some of the areas attractions that definitely worth a visit are the medieval castle of Rizokastro in Milaki, the Venetian tower in Trachili, the Mycenaean tomb near the village of Katakalou and the traditional village of Partheni.

Amarynthos
Amarynthos (or Vatheia) is a coastal town in the Southern Gulf of Euboea and 30 kilometers from Chalkida, with a rich history spanning around five thousand years. During ancient times, Amarynthos was a place of worship of goddess Artemis.
Chiliadou
The famous Greek beach of Chiliadou is situated approximately 54 kilometers from Chalkida. In the past, Chiliadou, with its dense vegetation, was used by pirates for their operations, while it is currently considered to be the perfect destination for all camping fun lovers.
Eretria
Located in the Southern Gulf of Euboea, Eretria was one of the Greek world’s most important states during the 5th and 6th centuries. It is highly recommended that you visit the Acropolis, the Archaeological Museum, the Ancient Theater, the Temple of Isis, the House of the Mosaics and the Tomb of Eros.
Karystos
You can find the picturesque town with the beautiful neoclassical buildings and the wonderful beaches 125 kilometers from Chalkida. You will admire the medieval castle area of Castello Rosso, the Bourtzi, the Roman Mausoleum, the Archaeological Museum, as well as the Dragonhouses (Drakospita).
Korasida
Korasida is a beautiful seaside settlement situated in Avlonari in South Euboea, which is known for its one-kilometer-long pebble and sand beach with breathtaking turquoise waters.
Kymi
Kymi is an amphitheatrically built town in the southeast part of Euboea, known for its dramatic views of the Aegean Sea. Kymi offers visitors interesting tours through its cobblestone paths.
Lefkanti
Lefkanti, a coastal village situated between Eretria and Chalkida, has a long beach stretching for approximately 2 kilometers. You can choose among a rejuvenating dive in one of the areas beaches or an inspiring time travel through history at the archaeological sites of Xiropolis or the “Memorial.”
Marmari
The region has several beaches to choose from, such as the Small Marmari, Agia Irene and Kokkini, as well as several attractions like Saint George’s church, the statue of the Unknown Sailor, the Chapel of St. Irene and the beautiful village if Paradisi.
Nea Styra
Nea Styra is a seaside resort village, 89 kilometers from Chalkida, that has a fabulous organized beach with fine sand and shallow waters.
Petries
The picturesque mountain village of Petries, 64 kilometers from Chalkida, is embellished with lovely stone houses, tall trees, streams and old watermills.