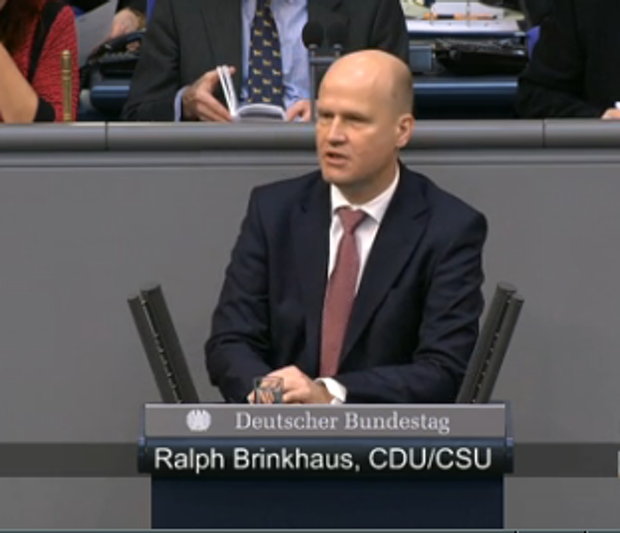 Germans are sceptical over the fast paced negotiations between Greece and creditors and say that a bridge loan would be better than a comprehensive agreement.
Ralph Brinkhaus, deputy parliamentary floor leader of Chancellor Angela Merkel’s CDU party, said Greece’s bailout deal is viewed with scepticism in Germany.
“There are a lot of questions that remain open,” Brinkhaus said on German radio on Monday, adding that Europe’s largest economy –and biggest lender– would prefer to give Greece a second bridging loan if the negotiating parties fail to reach a deal before August 20, when Athens has to make a 3.4-billion-euro payment to the European Central Bank (ECB) for state bonds. Greece is strapped for cash and unable to make the repayment unless it receives at least a part of the third bailout loan.
Speaking of the bridge loan, Brinkhaus said, “That is better any day than forcing a bad agreement to get it done quickly.”
For Germany, trust remains a key issue. Greece has not been very trustworthy after defaulting on an International Monetary Fund (IMF) payment in June. At the same time, the previous Greek government did not implement any of the reforms required for Greece’s recovery, while the present government is split in two over the reforms.
Brinkhaus stressed the trust issue and suggested the new aid program could be split into smaller installments. “The more money you release in one lump sum, the less leverage you have to stop payments if the reform process in Greece does not go the way you imagined and has been promised,” he said.
A similar suggestion has been made by German Finance Minister Wolfgang Schaeuble.

"Before Giannis there was another Greek. That was me, Dr. George Korkos," the founding owner of Milwaukee Bucks says with a big grin...
Business