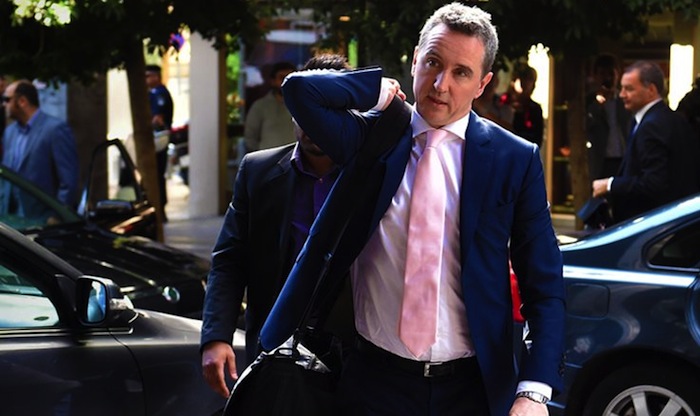 Greece will start talks with its international creditors over a new bailout package on Tuesday, while the mission chiefs will arrive in Athens with a couple of days delay for technical reasons.
“The reasons for the delay are neither political nor diplomatic ones,” an official said, adding that “negotiations are going as planned.”
The official, who spoke on condition of anonymity, denied that the Greek government is trying to keep the creditors’ team away from government departments.
“We do not have any problem with them visiting the General Accounting Office,” the official said.
Asked if the government would now allow the institutions’ chiefs to visit Athens for talks on a new loan, State Minister Alekos Flabouraris said: “If the agreement says that they should visit a Ministry, we have to accept that.”
Declan Costello of the European Commission, Rasmus Ruffer of the European Central Bank (ECB), Delia Velculescu of the International Monetary Fund (IMF) and Nicola Giammarioli of the European Stability Mechanism (ESM) will head the talks.
The talks, aimed at securing international financing of up to 86 billion euros, are ready to start after the Greek Parliament passed two reform packages that were part of the conditions agreed on July 13 in Brussels.
The Greek government has said it intends to conclude negotiations with creditors over the new bailout by August 18, two days before the next 3.2-billion-euro payment to the ECB is due.
(source: DPA, Reuters)