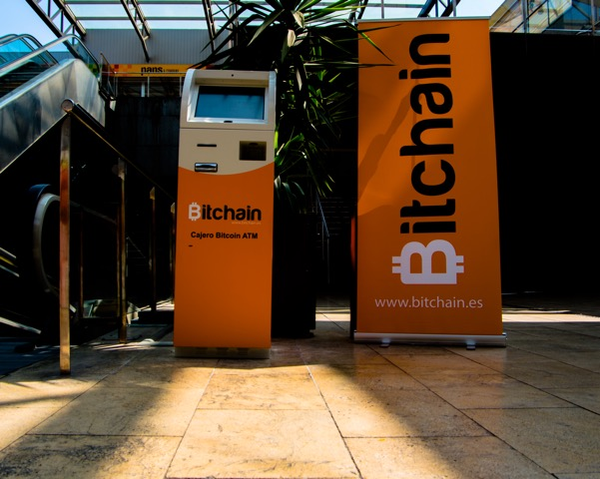 The first 2-way bitcoin ATM in Greece will be inaugurated in downtown Athens on Saturday at The Cube.
The Cube coworking space, or the Athens Startup Ecosystem as it is entitled, is a building housing several startups, providing space, computers, internet, secretarial and all-around support. It is the brain child of Stavros Messinis and it is run by himself and his wife Maria Kalafatis.
The bitcoin is a completely digital currency. It is not available in any physical form of coins or banknotes. It is not produced by any particular country and not controlled by any particular bank.
Production, storage, handling and all transactions with bitcoin are exclusively in electronic form.
In more technical terms, the bitcoin is a peer-to-peer payment system and a digital open source exchange. It was invented by Satoshi Nakamoto in 2008.
Essentially it belongs to cryptocurrency, as it uses cryptographic methods to create and manage money, as well as to confirm the validity of transactions.
Messinis said he decided to install the bitcoin ATM at The Cube after he was approached by Spanish bitcoin exchange company Chip-Chaps, “which enables money transfers using bitcoin as a transfer mechanism. They saw the opportunity given the uncertainty around Greece’s finances and the future of the euro as Greece’s currency. Chip-Chaps writes software for bitcoin transfers. One of their partners, Bitchain, who create bitcoin ATMs, asked if we’d be interested in helping them bring the first 2-way bitcoin ATM to Greece,” he said.
At the moment there are about 800 bitcoin ATMs across the globe and The Cube will help install more in Greece. “There is definitely a future in the use of bitcoin,” Messinis said.
The ATMs are to service anyone who wants to buy goods or services sold in bitcoin, Messinis said. It can also be used to transfer bitcoin from person to person.
Asked how the bitcoin would fare in the Greek economy that relies heavily on cash, Messinis replied: “We really don’t know but it will be an interesting experiment – in the future, bitcoin will very likely be a major currency so we’re hoping to learn as much about this new world as early as possible.”