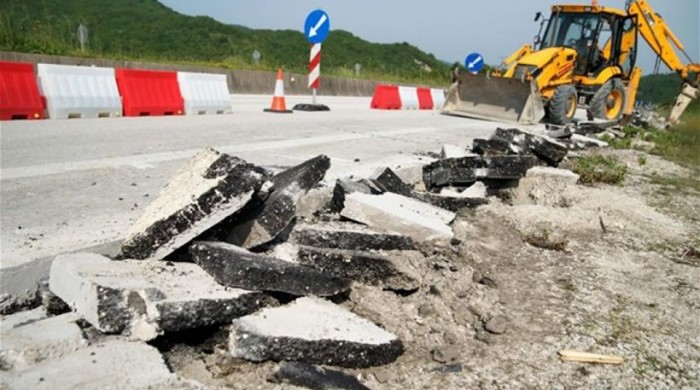 The imposition of capital controls delivered the last blow to the public construction projects, leading to many cancellations, even in sites that operated normally until yesterday. The main reason behind the cancellations is that there is no way for the workers to be paid.
It was estimated that over the last weekend thousands of workers were laid off or suspended until the political and economic situation of the country clears up. “We estimate that approximately 40,000 people have departed in the last days, as many construction sites have closed down, leading to layoffs and suspensions,” noted Zacharias Athoussakis, Chairman of SATE, an organization that represents medium and large engineering companies. At this point, it is certain that many of these jobs have been permanently lost, even if the construction sites reopen.
Meanwhile, issues have also arisen in the road transport sector, with many drivers complaining that they are stranded abroad, due to their inability to pay the cost of the trip in cash. An extraordinary meeting was held on July 6 between Finance Minister Giorgos Stathakis and transport companies’ representatives, where they discussed the problems that hinder the sector’s operation.
It was determined that the main problems arise from gas supplies, the drivers’ inability to pay tolls, ferry tickets and even the inability to pay for their stay in foreign countries. The estimated cost for operating expenses during a voyage between Greece and Central Europe, ranges from 4,000 to 5,000 euros, which cannot be paid in cash.

Tsitsipas Succumbs to Djokovic in Tennis Showdown at Italian Open