Tsipras: German Taxpayers are Not Paying for Greek Pensions 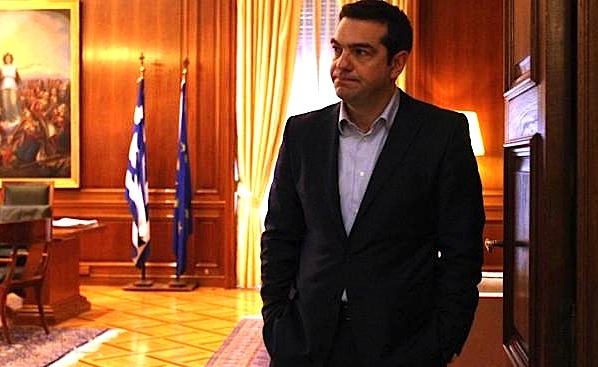 German taxpayers are not paying for Greek pensions and the creditors’ insistence on pension cuts is inexplicable, Greek Prime Minister Alexis Tsipras told a German newspaper.
“The insistence on exchange of arguments during negotiations is legitimate as long as there is sincerity and good faith between the parties involved,” Tsipras said to Der Tagesspiegel on Thursday.
The Greek prime minister rejected the myth — as he called it — that taxpayers in Germany are paying for Greek pensions and wages. “Those who tell the German people that with their taxes they are paying for the wages and pensions of Greeks are not telling the truth,” Tsipras said.
“I am not denying there are problems in our insurance system. I want to point out where the problem is so that we can resolve it. In the past there have been waves of salary and pension cuts without bringing any results. Instead they made the problem worse,” Tsipras said.
“Simple mathematics leads to the conclusion that the increase in pension expenditure as a percentage of GDP is entirely due to a decline in GDP (denominator), and not due to an increase in expenditure (the numerator). In other words, GDP has declined faster than the pensions,” he said.
“During the 2010-2014 period, after a series of measures, our insurance system lost 13 billion euros, with a corresponding reduction in pensions of about 50 percent… There is no further room for more reductions without undermining the core system. Moreover we must understand that the system is pressed mainly from the revenue side and not from the expenditure side, as is often implied,” Tsipras said.
Tsipras also spoke of the particularity of the insurance system as far as family cohesion is concerned. He said that in the past, the children were contributing to their elderly parents finances. However, in today’s crisis-stricken Greece there is an inversion of this solidarity: with 25 percent unemployment and 50 percent unemployment among the young, it is the pensioner parents who help out their children or grandchildren. This means that Greek society in general cannot afford further pension cuts.