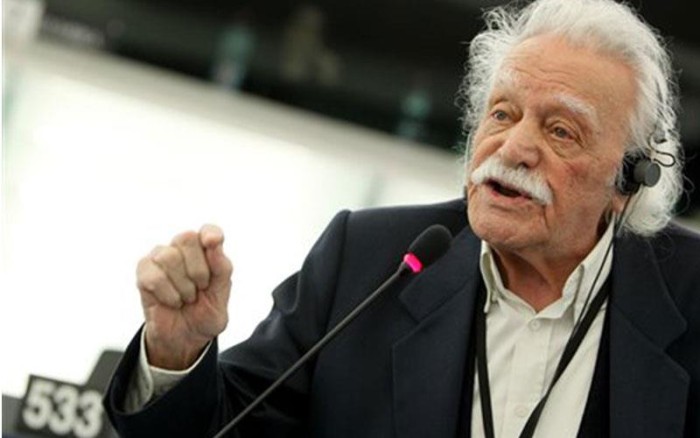 Almost a year after being elected to the European Parliament, veteran politician of the Greek Left and WWII resistance fighter Manolis Glezos, 92, announced on Wednesday that the time has come for him to finally resign from his duties as an MEP.
Glezos’ resignation from the European Parliament will come into effect on the first anniversary of taking his seat on July 8. He will be replaced by SYRIZA Central Committee member Giannis Milios, as Nikos Chountis that preceded on the list of finalists is currently appointed as Greece’s Alternate Minister of European Affairs.
In a written statement published on his Movement for Active Citizens website, Glezos stated that he will remain an MEP until July, as he had already revealed after the European elections.
“Following the reports regarding my “resignation,” I have to say that I promised that I will submit my resignation to the European Parliament one year after my election. The time has come. My duties will come to an end in July, but until then I remain being a SYRIZA MEP,” he said.