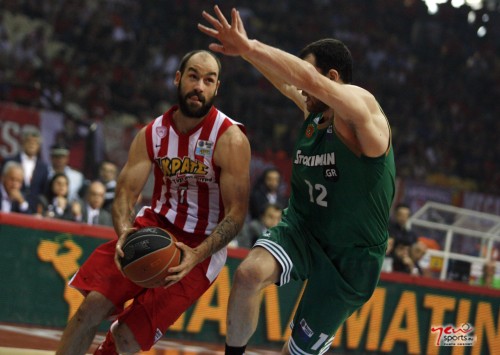 Olympiakos celebrated its 11th championship win on Sunday, June 14, and its third win over its main rival Panathinaikos with a score of 93-74 in the third game of the playoff finals.
During the match that took place at the Peace and Friendship Stadium in Athens, Olympiakos’ guard Vassilis Spanoulis scored a total of 23 points and made five assists. Meanwhile, Greek Georgios Printezis, Belgian shooting guard Matt Lojeski and American Othello Hunter also reached double digits in points.
Panathinaikos’ team did not perform as well, however ,Vlantimir Giankovits managed to score 17 points, becoming the top scorer of his team. Greek Loukas Mavrokefalidis scored 14 points and Antonis Fotsis scored 11, while the American shooting guard A. J. Slaughter and Uruguayan Esteban Batista scored 10 points each.
Olympiacos Piraeus BC was founded in 1931 and it is one of the most successful clubs in European basketball, having won three Euroleague Championships, one Triple Crown, one Intercontinental Cup, eleven Greek Championships and nine Greek Cups. They play their home matches at Peace and Friendship Stadium.
Panathinaikos BC is the professional basketball team of the major Athens based multi-sport club Panathinaikos and it is the most successful team in Greece with 34 Greek Basketball League titles in total.