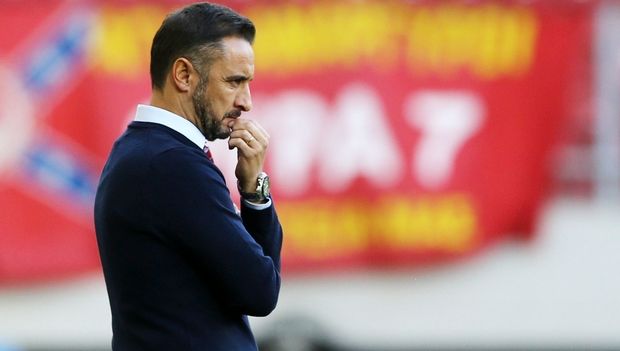 Greek football club Olympiakos has laid off their Portuguese coach Vitor Pereira after just six months during which the team won the Greek Championship and the Football Cup.
According to Greek media, Pereira had been having talks with the Scottish club Rangers, a fact that angered Olympiakos owner Vangelis Marinakis. “Olympiakos announces the termination of its cooperation with coach Vitoria Pereira by mutual consent,” noted the brief statement on the club’s website.
Vítor Manuel de Oliveira Lopes Pereira is a former Portuguese footballer who played as a midfielder. He rose to fame while managing Porto, where he won two consecutive Portuguese league titles. On January 7, 2015, he replaced fired Michel at the helm of Olympiakos FC.
Meanwhile, the Greek football team is currently looking for a coach, as well as new player transfers. Marinakis is personally taking care of the coach matter, while Greek media report than one of his main choices for the job is Fran Escriba.
Francisco Escriba Segura is a Spanish football manager who played youth football with Valencia CF but never competed as a professional. Escriba was appointed at Segunda División club Elche CF on June 12, 2012. In his first year, he led the team to the Spanish Championship La Liga after a 25-year absence and on May 29, 2013, he renewed his contract for two more seasons.